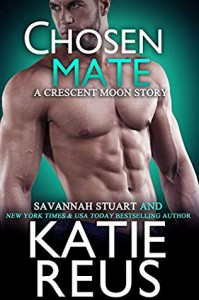 With an abusive relationship behind her, wolf shifter Leslie is quietly raising her young son in the Kendrick pack. If she’s occasionally lonely, it’s a small price to pay for son’s safety. And if she’s secretly longing for pack alpha Malcolm Kendrick, well…she’s keeping that fantasy to herself. Experience has made her a realist, and they’re far too different to work. She has no idea Malcolm wants her just as fiercely. That he’s been subtly courting her for a year. But subtlety has gotten him nowhere—even if he thought it was the best choice after what she’d been through. He wanted to make sure Leslie didn’t feel obligated to him, that she was truly ready to move on. Now that he knows she is, he’s determined to make sure it’s with him. And when a threat from her past surfaces, he’ll eliminate anyone who would dare to hurt his mate.

This was a great story by a great author. I’ve read a number of her books and they don’t disappoint. I really liked both main characters as well as the plot. It was a great, quick read. I recommend.