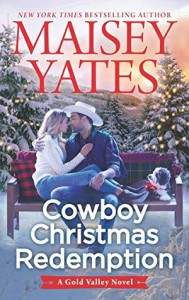 Caleb Dalton hadn’t had much to smile about for a long time. It had been a bear of a few years, since his best friend’s death, and while time might ease a wound, it wouldn’t ever bring Clint back.

But that permanence made space for movement, around the grief, around the pain. And finally toward a future he’d been planning for a long time.

Clint had been, honest to God, one of the best men on earth. The hole he’d left behind had been huge, and Caleb had dedicated himself to caring for his friend’s widow and child in his absence.

That had been his life, his whole life, for nearly five years. And it was fair, because it had been Ellie’s life, too.

He cared for Ellie. A hell of a lot. He’d met her because of Clint, but she’d been in his life now for more than ten years.

His feelings for Ellie were complicated. Had been from the beginning. But she’d been with Clint. And there was no doubt Clint was the better man. More than that, Clint was his brother. Maybe not in blood, but in every way that counted.

Caleb had never claimed to be a perfect friend. Clint was one of those people who’d drawn everyone right to him. He was easy to like. Caleb’s own parents had been bowled over by Clint from the time they were kids.

And Caleb’s jealousy had gotten the better of him once when they’d been younger. Something that made him burn with shame even now.

A muscle in his jaw ticked.

He gave thanks that there was a space in front of the Gold Valley Saloon, and he whipped his truck there up against the curb, ignoring the honk that came from behind him.

He turned around and saw Trevor Sanderson in his Chevy, giving Caleb the death glare.

“Hold your damn horses, Trevor,” he muttered as he put his truck in Park.

He should have been quicker.

Hell, that was life in a nutshell. Sometimes, you were just too late. For parking spots, and for women.

He’d tried to get that image out of his head. More times than he could count over the past decade. Had tried to erase that first time he’d seen Ellie.

It was at his parents’ barbecue. Late one summer afternoon.

He’d been talking and laughing with his brothers, and he’d lifted a beer to his lips and looked out away from the party. Then he’d frozen.

It was like the world had slowed down, all of it centering on the beautiful blonde walking toward him. The golden light from the sun illuminated her hair like a halo, and her smile seemed to light him up from the inside out.

As she’d gotten closer, he’d taken in every last detail. The way the left side of her cheek dimpled with that grin; her eyes, a mix of green and blue and a punch in the gut. Her lips were glossy pink, and he wondered if it was that stuff that women wore that smelled and tasted like cherries. He couldn’t decide if he hoped that it was or not.

Twenty years old, more experienced with women than he probably should be, and ready right then and there to drop down to his knees and propose marriage to the one walking in his direction.

It took him a full minute to realize that the beautiful blonde was holding hands with someone.

And that that someone was Caleb’s best friend on earth.

It was a surreal moment. It had been a sea change in his soul. When his feelings for Ellie had tipped over from nothing to everything.

A revelation he hadn’t been looking for, and one he sure as hell hadn’t enjoyed.

It was like the whole world had turned, then bucked, like a particularly nasty-ass bull, and left him sprawled out on the ground.

It had been the beginning of a thorny, painful set of years. As he’d gotten to know Ellie, as his feelings for her had become knit deep into his heart, into his soul. She’d become more than his friend’s woman, and more than a woman he’d desired. She’d become a friend to him.

In many ways he was thankful for the depth of the feeling, because it was the reason he’d been able to put aside the lust. The idea that he’d fallen in love with her at first sight.

When Clint had first started dating her, she’d been in school, so she hadn’t been around all the time. But during the summers, and on breaks, she came around with Clint.

Went to the lake with them. Went fishing. Came to Christmas and Thanksgiving.

The summers at the lake, though, that had been a particular kind of torture. All of them swimming out in the water, her and her swimsuit. A tiny bikini that had left little to the imagination.

And he had been so very interested in imagining all the things that it did conceal.

And he’d felt like the biggest, most perverse asshole.

Then there had been the time that Clint had asked him to take her out riding.

Just the two of them.

Because Clint trusted him. Of course he did. Why wouldn’t he trust his best friend? So he’d done it.

Had taken her out on the trails that wound behind the Dalton family property, up to the top of a mountain. And he looked over at the view with her, watched the sunset. And everything in him had wanted to lean over and kiss her on the mouth. To act on the feelings that were rioting through his chest.

For just a breath she’d looked back at him, met his eyes. And he’d thought maybe she’d wanted it, too.

Yeah, it would have exploded his relationship with Clint, but for a minute it seemed like it might be worth it.

Then she’d looked away. And then he’d come back to himself.

Clint was his brother. In every way but blood.

And no matter how much he might not want to, he had to respect that.

So he hadn’t kissed her. They had ridden back down that mountain, and nothing happened between them. But late at night, Caleb had taken himself in hand and fantasized that it had.

Two days later Clint and Ellie had been engaged.

Caleb had agreed to be the best man.

She’d married Clint. And while his feelings for her had remained, they’d shifted. As they’d had to.

He wasn’t perfect. He’d never touched Ellie. Not like a man touched a woman, though that hadn’t stopped him from going over the accidental brush of fingertips, of their elbows touching, over and over in his mind if it had happened on accident.

Ellie was the one who’d realized, for the first time, that he was dyslexic. And he’d sworn her to secrecy. And in that secrecy had come secret reading lessons.

And he’d…well, he’d lost control of his own feelings again. And once he’d recognized that, he’d cut them off. Cut her off.

But then Clint had died, just a month later. And everything changed again.

Since then, his relationship with Ellie was about their coming together to try and fill the gap Clint had left behind. His helping where she needed it.

Helping with the house, with her grief, with Amelia.