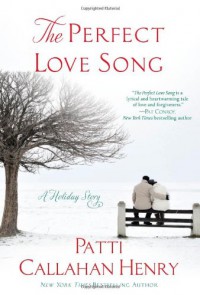 The story of a ballad that changed the Unknown Souls band members lives began oh an early and dusky Thanksgiving morning as the band’s battered tour bus pulled into Seaboro, S. C. . It was just another day, just another road trip for the band members. But this port if call was an exception for Jack and Jimmy. The brothers arrived in their childhood town not for a concert, but to see their loves. Jimmy opened the bus window and inhaled the aroma of childhood, then closed his eyes to all the good and bad of his visceral memories that assaulted him each time he believed he had overcome his past. Jimmy and Jack founded the band ten years ago. Jimmy played the acoustic guitar, Jack the base. Their voices blended in most of the songs, yet each had his own style when singing alone. They wrote songs and traveled together. Than there was harry the drummer, Isabelle the back up singer, and Luke the band manager and keyboard player , each as close as family. Jack was engaged to Kara who had been his childhood love and next store neighbor. Jimmy had Charlotte waiting inside. Jimmy had known Charlotte a few years as a child and they’de reconnected months ago. Isabelle said they would take off and leave them alone, but Jack said nope , you’re staying . We’re family and it’s Thanksgiving. A band counted as family and they all knew it. For a few of them it was the only family they cared about. Jimmy avoided looking at the house next store. It would have been different if their father hadn’t been a fall-down drunk. They had lived in that house until jimmy was sixteen and Jack was twelve. Than that fateful Christmas morning when their mother packed up the station wagon including the presents and headed to Texas. They hadn’t stopped for anything but gas, drinks, and packaged food from convenience stores  off the highway. Jimmy went and got his guitar and was with Charlotte and together co wrote their very first song It was a ballad that they believed was about happenstance, fate, amd legend that gave birth to the long awaited love love between them. Jimmy asked Charlotte how she knew to write a song. She replied that she didn’t write a song. She had just told him some of her poetry lines. She never shows her poetry lines to anyone. He said “ You instinctively understand the rhythm and cadence of lyrics Charlotte. Why didn't I know this about you?”

I loved this book, it was a great romance and connected to music. I loved Jimmy and Charlotte together as well as Jack and Kara . I also choked up at times while reading this book. I was so glad when Jimmy realized again the importance of true love. I didn’t want to put this down and only did when I had to. I loved how close Charlotte and Kara were’ I also loved that the band were all like family to each other. I loved when Jimmy made the decision to do everything he could to go to Ireland and his brother’s wedding. I loved the pace and plot. I loved the characters and the ins and outs of this book and I highly recommend it.