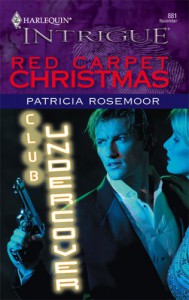 The Chicago philanthropic Club is different from other organizations as it pays the vendors, that way money can’t be redirected away from the approved project. Simone told the reporter and pointed out the leader of the organization. The reporter to talk to her. This year the request for this auction items was give something you love to charity. The party was just beginning but already the main floor of the club was filled with Chicago’s rich and famous - those who could afford the three hundred dollar- a- person entry. It had been months since her husband david had died in an accident deemed to be a tragic accident. He had been a criminal lawyer. She was alone, the worries and questions resurfaced for Simone. As there had been black paint from another car on David’s car. Simone couldn’t believe fate would have taken away her best friend and the best father a woman could wish for her son. Maybe she felt guilty because she didn’t love him romantically like he had wanted her to. She had that once, but that had been another lifetime ago. Cass came over and told Simone she was the club hostess and asked if there was anything she could do for her. Simone said she was fine. Cass introduced herself and Simone said her name and public relations. Simone asked cass wasn’t  she the one who got the owner to let their fund raiser be held at the club. Cass said once Gideon heard it was planned to support the Umbrella House which was a shelter for abused women and their children. Simone came down the stairs and she got dizzy when she realized who was the owner of the club. Than Gideon saw her and realized that it was Simone, the one woman he’d thought was out of his life forever. He couldn’t stop staring at Simone. She could destroy everything he’d worked for, she could destroy him. All she had to do was tell her brother Mob Boss Michael DeNali that he had returned to Chicago. Michael had sworn to kill him before he disappeared several lifetimes ago. But he wasn’t running anymore, not ever again. Simone hurried through the club to find michael and head him off before he came face-to -face to the owner of the club . Joe Rusetti who called himself now. Drew was Simone’s sixteen year old son and wasn’t over David’s death and was looking more and more to Michael for guidance. Gideon was aware of the curiosity he inspired in team Underground. They knew nothing about his past, part of his past had just caught up to him. Team Underground had worked together several times now to help people out of dire straits. When the desperate had nowhere else to turn, they could turn to him and his associates. That was why he had agreed to the charity event being in his club. Giving aid to abused women and their children fit right in with the team’s mission. Maybe it was time to let the team know his true identity. Than her husband’s law partner was murdered. He had just shoved Simone a couple of times and she threatened him and then walked away and went to the ladies room. One of the wealthy women -Nikki Abright- said Simone had killed Al. Gideon got her through the crowd and to his office to wait for the police. Her father had been convicted of murdering Gideon’s father. Gideon had many identities in the last seventeen years but he never forgot he was really Joseph Ruscetti only son of mobster Frank Ruscetti who’d been gunned down by Simone’s father who was his rival. He had witnessed his father’s murder and held his father as he died.  His testimony had put Simone’s father in prison and she had refused to see or talk to him. He had broken Simone’s heart. Gideon’s mother and younger sister Angela had been put in the witness protection program and had new identities and lived far from Chicago. At age eighteen Gideon had taken off alone. Drew- Simone’s son - was a lot like David but biologically Gideon’s son. Gideon met Simone at the zoo, he wanted to help her.

Great book and I loved it. I loved the intrigue, mystery. suspense, and action.  I felt bad for Simone that her brother was the one gideon had seen and all she had been through. I read this in one setting i couldn’t put it down. I advise you to read the other books in this series for a smoother read. Even though somewhat twisted in some cases I loved the value of family shown, and love for family. I loved the characters and the ins and outs in this book and I highly recommend it.