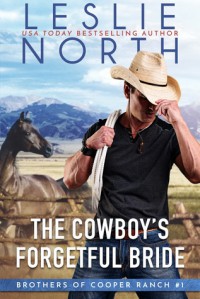 Bella Whitmore is the heir to the Whitmore Shipping fortune. Refusing to be pigeon-holed into the socialite box, Bella has worked her entire life to show her father that she can be the son he never had and take over the Whitmore Shipping Empire. So when she wakes up, on a ranch in Montana, missing the memories of the last month of her life, you’d think that would be the worst case scenario. And it is…until she realizes the devil she’d worked so hard to avoid for the last year is now her husband. Sawyer Cooper knows he’s a devil. [Handsome, charismatic, and with an eye for feeding people’s vices, Sawyer’s reinvented himself as a shark in the business world, but very few realize that he’s actually a Cooper of the Country Coop fortune. But rather than resting on the laurels (and red-neck reputation) of Country Coop, Sawyer wants to show the world exactly how important farming can be. To do this, he needs Bella Whitmore’s help. Every bit as beautiful as her name suggests, and smarter than everyone else in the room, Sawyer knows that she could make his dreams come true, both inside and outside of the bedroom. And after a year of pursuing her, she’s finally said yes -- to everything. But after a horseback riding accident, Bella’s brain has reset back to the beginning, and Sawyer was never good at starting a game over. Especially not after he’d already won. Now, Sawyer needs to figure out how to woo her for a second time. Because this time around it’s not just his professional pride on the line: it’s his heart.

This was a quick read with a full story packed into it. I wasn’t really sure how it would flow with the main plot point but I thought the author did a great job. I’ve read other stories from this author and she doesn’t disappoint. I highly recommend.