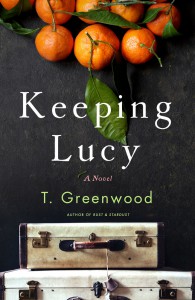 Ginny felt anxious. Ab had called earlier to let her know he’d he’d be late but he’d been late every night for the last six months. But tonight, like every night she and their son Payton sat at the table alone. Payton would be in first grade this fall. Than Ginny got a call from her good friend Marsha who still lived back home, and she said things were going on at Willowridge. Ginny had been pregnant and had a little girl with Down’s syndrome two years ago and Ab and his dad had Ab Sr. had sent Lucy to Willowridge right after she was born without Ginny’s consent. Ginny had wanted to raise Lucy herself but wasn’t given the chance. Ginny kept Lucy in her heart. Now there was very bad things going on at Willowridge. After the first thirty days Ginny had wanted to go see Lucy but Ab changed the subject and brought up maybe trying for another baby- it might even be a daughter. But Ginny replied they had a daughter -Lucy. Ab said they had to choose but Ginny knew the choice had already been made Lucy was gone. Marsha came to Ginny’s house the next day and had a four page expose on Willowridge on how horrible it was there and the horrible way the  children were treated. Ginny packed a bag and her and Peytom went with marsha to see Lucy. Ginny got to take Lucy for the weekend and when she first changed her daughter she saw a horrible case of weeping diaper rash on her two year old daughter and she wasn’t clean on her bottom. Ginny was determined Lucy wasn’t going back to that horrible place. Ginny called her mother and found out Ab had signed all parental rights away when he signed Lucy over to the state that was the only way Willowridge would take her. If she didn’t return Lucy the next day she could be arrested. Instead Ginny and Marsha headed to her aunt Virginia for an overnight stay on their way to Florida where Marsha’s sister lived.

This was a great  read but had some very harrowing information about the state institution where Lucy had been taken and how the kids were treated. It pulled at your heart strings and I was able to picture the horror that was Willowridge. My heart broke for Lucy and I choked up several times. But I loved the mom Ginny was and how she refused to take Lucy back to that place.  She knew she could go to jai; for a long time but her daughter was the important person here. I loved how Loyal Marsha was to Ginny and helped all she could with Lucy and getting her away knowing she could get in trouble also. I loved the pace and plot. I loved that Ginny refused to give up on Lucy. This shows how deep a mothers love can be and the strength to do whatever she had to do to make sure Lucy would be okay. I loved the ending. This was a very special book but at times was very hard to read. But also brought tears to your eyes at the people going out of their way to help Ginny for Lucy. I loved the characters and the book and I highly recommend it.