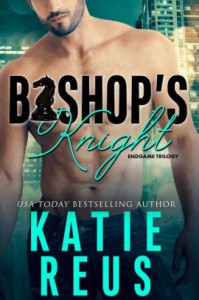 Evangeline/Evie  hadjust finished a thirty minute workout in her brother Ellis’s extra room, it had helped clear her head some. She had been in Miami for about a month now. She was staying in Ellis’s place as he was in hiding someplace as he was wanted for murdering one of his partners with the DEA. He had been set up Evie knew her boyscout like borhter besides that is he had murdered someone he wouldn’t have been stupid enough to be found out as the muderer. He had been charged with the crime a week ago and had gone on the run. Her brother had gone to ground and hadn’t reached out to any of them. Her older brother Evan was in a medically induced coma for three weeks so far it didn’t look like anything was changing. His office had been bombed killing several people including his fiance’s father.  She was at her brother Ellis’s now taking a break from the hospital and her phone buzzed. Not many people knew the number to this particular cell phone. The message read: I’m on the back porch. Don’t shoot me. Evie typed back: Who is this? Than it said Samara. She grabbed her pistol. She wasn’t expecting a threat but some habits would follow her to the grave. Not to mention that one of her brothers had been set up for murder. And whoever it was would pay. Whenever she figured out who that someone was. Than she opened the door to Damara but Samara was clutching her hip. A crisome line of blood dripped down her fingers. Samara rasped out it’s not as bad as it looks. Her face was pale. She said she’d been shot and she didn’t know who did it. But she thought she knew what it was about. Samara and Evie had worked ops together. Samara said she thought she knew what it was related to. She helped her friend inside and locked the door. Evie retired from the CIA months ago. Samara said she wasn’t on a job. She had come to see her and then this happened. Evie knew the bullet was still lodged in Samara she could see the bulge. Evie asked if she had been followed and Samara said she didn’t know. If Samara hadn’t been followed and they knew for sure Evie would have removed the bullet but she had to get her friend someplace safe first. Samara said this may have something to do with the Jenson job. Two people involved in that op were dead and now an attempt on Samara’s life. Samara said she had been in Orlando when she got the news about the last murderfrom someone in the op. She decided to come see Evie in person. She said she had tried calling Evie several times and only got voice mail. She had hoped Evie was ok. Evie headed to the last place she wanted to go. To the last man she wanted to see. Than Samara said you’re going to your ex Dylan? You think he’s gonna help you and your random friend? She told leo-Dylan’s head of security she needed to see Dylan, it was an emergency. The gates swung open within ten seconds. After the way things had ended between them, Evie kinda expected him to turn her away.Dylan was coming out the door as she pulled up. Evie said” my friend has been shot. I can’t call the police or go to the hospital. You have Finn Kelly on your payroll .” His expression was dark as he looked he over. She ignored the  pang in her chest at the sight of him. She didn’t know what he was thinking but he opened the car door and helped Samara out and carried her inside. Dylan said he’d take the bullet out if he could. Finn - a doctor, was too far out but finn would stitch her up. Dylan had limited medical knowledge from his time in the Marines spent in too many war zones during his years in the military. Fylan got the bullet out and used Steri strips until Finn got there. Dylan gave Samara a glass of water and a couple tablets of codeine than carried her to a guest room so she could rest. Dylan asked Evie if she was in trouble and she said” maybe”. Samara had mentioned the Jenson job but that was long over. And Jenson had been killed in prison by another prisoner. She wasn’t sure what samara had been talking about. Especially since the Jenson job was why she and Dylan had been thrown together. Although he didn’t know that. But Dylan and Evie had fallen in love but it was based on a lie. Despite what Dylon thought Evie had a heart and it was for Dylan. They went to Dylan’s office to leave Finn with samara and Dylan said”I want you to tell me why you walked the hell out after I proposed.”

Excellent book. I loved it . this had so much to it: the CIA, FBI, DEA, treason, spies, set up ops, CIA ops, attempted murder, murder, an assasin, a greedy traitor, disguises, lies, a false start, a bombing, a brother set up for a murder, and so much more. I read this in one setting and gave up sleeping for the night as I couldn’t put this down. I had to see what was going to happen next. I told myself I would read up to sixty percent of the book and finish it the next day  but I kept reading until I was done. I loved the ending. I loved the pace and plot. I loved Dylan and Evie together and how they interacted. I felt bad Evie broke Dylan’s heart but loved how he didn’t hesitate to help and protect her and Samara. I loved how Evie helped samara even before she knew what was happening. I happily found nothing to criticize in this book. I have a new favorite book. This book grabbed my attention from the first page and held it until the last page. I loved the danger intrigue,recon, and ops. I loved the characters and the ins and outs of this book and I highly recommend it.