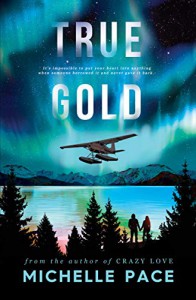 Connor looked at the unmarked beauty of the Kenai peninsula lured Connor home after years abroad. Though his memories of Alaska are mixed and complicated., this land had been in his family for generations. There was no place where Connor would rather live after being hurt and jarringly discharged from the Army ,after ten years, that he had planned on being his career. Neither surgery or months of physical therapy changed the fact he was only eighty percent of his former self, which wasn’t enough for the Special Forces. He was faced with a desk job or discharge. Connoe refused to go from green beret to paper pusher. He found a way to use his unique skills. Leading tourist on hunting and fishing expeditions  which paid the bills. And Connor volunteered for Search and Rescue, He just finished a ten day hunt and always scheduled seven days of solitude after an expedition. He didn’t want to answer the phone but his gut told him and his gut was never wrong. Even as a chill ran through Connor. Than Connor realizes Delaila/Lilah/Lie was on the phone. This woke up his temper as well and his dorment libado. It had been a long time since he had heard her voice. Lilah sounded nervous which is rare as she was the cockiest person Connor had ever met. Lilah had been Connors first friend- since they were babies, first kiss, first time, first heartbreak. Lilah had been the only girl Connor had ever loved and their disastrous breakup had whipped Connor’s but ten times worse than his terrible father ever had. Connors mom Claire had been friends with Luann since elementary school. Connor had to move away in fourth grade but they moved back to Fort Richardson when they started Junior High. Than they showed up on their doorstep Claire with a black eye and Connor looking like he had went three rounds with Mike Tyson. At sixteen Connor told he wanted to be more than friends. Than Lilah said “Connor are you there?” . She had a lot of nerve calling him, once upon a time they had been inseraple . Lilah said she needed his help her mother was missing. Lilah’s mom Luann was Connor’s godmother and the only Campbell still had anything to do with him. Than Connor asked what happened? Lilah said she took the plane out to make deliveries four days ago and she never came back. With rare exceptions, very few pilots go missing in the bush and live to talk about it. As much as it pained him to admit Luann was probably dead and they just hadn’t found her yet. She said it took her thirty minutes to get Boone to finally text her Connor’s number.  Connor hadn’t heard about Luann and Lilah said her sister Andi had just told her yesterday. Andi was a local. He asked if she could talk to Search and rescue and find out who was in charge and have them give her a call. She asked Conor to guide her and he said no. Lilah said she was going to find her mom and who could he suggest that she hired as a guide within the next seventy two hours the search for Luann would end. Lilah always had mad wilderness skills. Her sense of direction put his to shame. Experienced or not the Alaskian wilderness is no place to wander by yourself. Even well equipped and seasoned, dangers are plentiful. There were few guides Connor trusted and the final frontier can turn deadly in an instant. When a woman looked like Delialah….. Delilah’s ex husband Josh used to say she had an overdeveloped sense of adventure. She had never put much stock in peoples opinions and being an oddity never bothered her much. Luann was a commercial supply pilot., delivering groceries and other necessities to people who live far enough out that driving or boating into town isn't a practical option. Luann had a reputation for always making the right call, and she always always finds her way home. Until now. Lilah hadn’t slept much since receiving a strange phone call for her mother from her mother on the morning she was reported missing. Whereever she’d been whens she;d called Lilah she had very poor reception and she had only managed to catch a few words” Li found -Aurora - your father” than Lilah said “Mom” than her mom said “ low - don’t - home” Than “ I - Connor”. Than her mom said “Don’t trust anyone”, that one sentence was clear. But her mom was slurring her words and she would have never expected that from her dad yes but not her mom. There was something more though beyond that she sounded off…. Afraid maybe. The call dropped then, Lilah tried calling Luann back several times but no answer than she got busy and put it aside. Two nights later her younger sister Andi called with the news and said check her email before hanging up. Lilah went to her laptop and saw an email from Boone, her unofficial brother back home, who worked for Search and Rescue. The email contained a bunch of links to news stories about her mom and her missing plane. With or without Connor, she’d be searching for her in some pretty remote areas. Some places she'll be traveling have no roads at all. Connor tried to call her back but Lilah didn’t answer.  Connor knew he had no choice but to help Lilah find Luann.

I enjoyed this book. I loved the suspense, danger, and action. I didn’t want to put this down. This book grabbed my attention from the beginning and kept it until the very end. Delilah and Connor had hot chemistry. This story had me guessing a lot. I loved the double point of view. It did seem like Delilah and Connor just pushed their joint past away. Although bits and pieces did come out throughout the book. I loved the pace and plot. I loved that Luann hadn’t turned her back on Connor no matter what. I loved the characters and the twists and turns of this book and I recommend it. I wish I could rate this 4.5 .