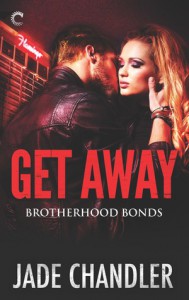 Ren/Delta was dressed in such a way that no one would associate him with the Jericho Brotherhood MC.  The less intel his enemy had the better. Using his key pass he went to the exclusive high-stakes floor. Smitty wanted Ren to go pro but that was never going to happen. ren/Delta wanted cash, not fame. His real name was Terrence Owen Holt Jr. but he went by Delta now. Before the Army had given him that name,  he went by he had used Ren. Jerry was the gaming manager and introduced him to Glory, who Delta knew from her accent she was from Oklahoma. When she saw the new player-frank Ricci she turned white and dropped her glass of wine that Delta caught. He walked out to the balcony. She was from the town he had lived in for the last six years, she had moved to Vegas four years ago. His plan to find out about Ricci had uncovered his secrets that she had no obligation to keep. Than Glory said she didn’t need or want his help. Delta decided to hold steady - he was good at reading others and he would rely on that to tell him if he needed to change strategies. Glory had been scalded by his and Glory’s kiss. No one had made her come alive like that before. She thought he was too damn hot for his own good and he knew it. Glory hated cocky guys and he was one of those guys. Celeste had been Clory’s roommate for the last two years and told her Ricci’s uncle owned this casino. Glory had broken up with ricco last month and he made a complete pest of himself. Glory knew the Brotherhood boys were cut from either military or misfits, Ren shouted military. Avery was Glory’s best friend in the world, now she was the old lady of Rock a member of Jericho Brotherhood. Glory had stayed in Berden until her two best friends joined the club themselves. Than she chased her own dreams to Vegas. She had become a showgirl in a chorus line. She texted Avery about Ren and found out he was one of Rebel’s bounty hunters.jerry called her in his office and was taking most of her dance gigs away so she agreed to step up to a different kind of private party as she was determined to leave the remington on her own terms and when she had another job to go to. When she got to the room and older man said they were making a movie- a porno- than Frankie  Ricci came out with a needle , she fought and got both men down and went to get away but fell and than Ricci slammed his fist in her cheek. Delta was at a hotel, he was lost without Jojo his friend for the last fifteen years -them against the world- but now Jojo had an old lady and didn’t need Delta as a third wheel. Maybe he should be a lone wolf and only take jobs when he wanted to. But the club was all he had. Glory woke up in the hospital have been severely beaten and said she needed help and what had happened. Rock called Delta and he went to the hospital. Other men of the Brotherhood were headed to Vegas to help Delta get revenge on behalf of Glory. Delta brought Glory some clothes, personals and makeup. He had to get her out of the hospital and safe. Delta wanted to get Glory home as he had let down everyone who had ever depended on him. Delta was everything Glory wanted and despised rolled into one. Delta got her out of the hospital and took her to an apartment.

I loved this book- another new favorite. I loved Glory and Delta together right from the start and cheered them on. I loved the MC it was a family whether biological or not and they definitely protect and do whatever they had to do for those they called their own. My heart broke for Delta and how messed up in his head he got after doing what he and his brothers had to in Vegas. I also choked up when Delta left Glory and did it through a text message . At times I chuckled while reading this and other times I chuckled. I was glad the town and the MC made peace with each other. I loved the pace and plot. I was happy when Delta did what he had to do to maintain his sanity. I loved the characters and the ins and outs of this story and I highly recommend it.