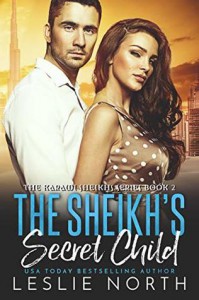 Amy shouted for Aisha to come back. Climbing on a nearby bench Amt tried to see where the little girl might be. The seven year old Aisha had bonded with Amy the first few months that Amy had arrived in the orphanage. Aisha had shouted”No” at the news and pulled away from Amy and ran off. Than Amy spotted her and took off after her. Aisha than bumped into a dignitary and fell down. The man helped her back up and he took her to see the sharks. Amy tried to get to Aisha but ta guard grabbed her by the arm and wouldn’t let go. Than he told her to stay put. The man with Aisha was Sheikh Bahir Karawi. Than the woman with the Sheikh dug her nails into Aisha’s shoulder and Amt struggled to be free. The sheikh motioned for the guard to let Amy go and she grabbed up Aisha and left the area. Amy saw the nail marks on Aisha’s shoulder as she looked for their group from the orphanage. When she looked back the Sheikh was watching her, why was he looking at her like that when he had that blonde on his arm? Haamas had become Amy’s sanctuary . Amy was there to study the children . newly graduated with her masters degree in journalism. Amy found herself suddenly alone and broken hearted in Florida. Needing an escape she took her studies abroad. The orphanage had been glad for her help, she found herself  participating more than studying. As a researcher it was horrible, but as a woman it has been a great comfort. Her ex boyfriend James had dumped her when he became a PHD candidate. He said he needed a wife not her. Also Amy couldn’t have children. She had been with James for three years. They’d supported each other through graduate school. How many times had they talked about marriage and what their life would be like? All lies. Aisha held her hand out to Amy. She was as tough as she was sweet. Aisha had been abandoned at the orphanage when she was three years old, she had been there for four years now. Aisha had nothing more than a name pinned to her shirt and a stuffed octopus. Ten children lived at the orphanage- seven boys and three girls, ranging from age four to twelve years old. Amy had been there three months. Haamas was a progressive kingdom that promoted teaching everyone as equally as possible. Since being there Amy had learned Sheikh Iman was actually doing more to improve the quality of life for everyone. Bahir than found out through some hidden letters he had a seven year old daughter in an orphanage and it turned out to be Aisha. Bahir finally found her at the orphanage with Amy but she was sick. He ordered Amy tpo come with him to care for Aisha. In truth Bahir wanted Amy and it was getting harder to keep his hands off her.

I loved this book. Although I read The Sheikh’s Pregnant Love first as that was how I received the books. It didn’t matter, I loved them both. This was a  fantastic romantic read. I also loved the danger and intrigue. I loved the plot and pace. I didn’t want to put this book down so finished in one setting. I loved how Bahir's  family all accepted Amy. Ms. north once again you wrote an excellent book about Sheikhs and the Middle East. I am so lucky to have read several of your books and hope to read several more. I loved the characters and the ins and outs of this book and I highly recommend it.