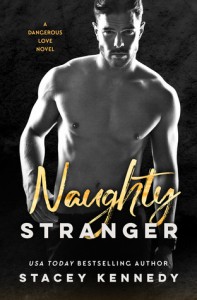 Boone was a detective and his sister owns a bar right near Payton's new lingerie shop she would be opening. Payton had lost her husband Adam in a car accident. Stormy Creek was the last place she had been really happy in a little over a year ago when her and Adam had visited. But Adam is gone and and she wanted to start a new life. Payton had named her shop Uptown Girl. She had been in town a month now. Boone marriage ended two years ago and every since than he preferred his relationships be fleeting. He had no intention of getting married again. But he wanted Payton in his bed and he figured one time wouldn’t be enough. But since that one hot kiss Payton had done her best to steer clear of him. Rhett was Boone’s lifelong friend and fellow detective as was Asher. Rhett told Boone he was a goner. Payton had gotten into his head. There had been a murder it was at Payton's shop and as soon as word got out Boon knew fear would run rampant in the town he loved and served to protect. Rhett told him Payton had opened the door and  Kinsley when they had found the body. Boone did what he did best- he surveyed the scene. The woman’s body had been in the back storage room. Asher agreed something about this crime felt odd. Anything odd was never a good thing. And the tension spilling out from Rhett and Asher mirrored what Boone felt too. Boone couldn't pinpoint what bothered him about what he was seeing here, but something made his skin crawl. He trusted that sensation telling him something more was going on here than first appearance. Payton had secrets and if they related to the murder victim or not was something he’d find out. There was a strong attraction between Payton and Boone for reasons unknown to Payton. But Adam had only been gone one year. She wasn’t ready to move on. Kinsey had been instrumental on making the grand opening of Uptown Girl and its success. When they had a picture of the victim back at the station and the detectives noticed how similar Payton and the victim looked liked Payton. Payton felt the day had been long and exhausted and the strain and stress lay heavy on her shoulders. She had left Seattle and gave up nursing to stay away from death ut death seemed to follow her. All day she had been fighting against the heavy blanket of sadness that  had nearly suffocated her. Boone showed up at Payton's home to make sure she was O K. She told him about being a nurse and widow and she moved to Stone Creek. Payton than asked if they could stop about talking about that. Boone kissed her and Payton lost herself in his passion. The fire between them was originally what drew Boone in. The energy, intensity burned hotter now. When Boone asked if he only would have tonight with her than also said he figured Kinsley told her he was divorced and she already knew he wasn’t looking for a relationship either which was why she was allowing this to happen. Payton said it was more about being reminded today that she only gets one shot at life. There were both adults. They both want each other and don’t to fall in love. She said that makes it perfectly safe for them to stop fighting the crazy, hot thing between them. What Boone wanted was Payton to stop avoiding him. For an unknown reason that had been driving Boone crazy. Exhausted by being forcibly pulled to her. He needed to find out why this woman had such a draw. Boone asked about rules: no official dates, but informal lunches were OK as were surprise coffees. Sleepovers were fine as long as she didn’t wake up and boone was staring at her adoringly. The only major rule was don’t fall in love with hre. Boone woke to find Payton in her kitchen. He’d been where she was right now where the mind ran wild with guilt ,pain and everything in between. He renovated his house  -t hta was his therapy. Payton’s must be cleaning He preceded to make omelets for them. They had become lovers. Boone woke the next morning to Kinsley setting on the edge of Payton’s bed. He basically told her that what was going on was none of hre business, she came back with everything was her business he’s always been close to Kinsley. He supposed that happened when your mother left your father to have a new -better- family in California when Boone was five and Kinsley was three. Boone told her if she had something to say to say it and she said you better know what you’re doing. Boone than said when did he not know what he was doing? Kinsley said she really liked Payton and he better not hurt her. Remy was a new age witch. Remy and Kinsley were best friends and took Payton under their wing so the three were now best friends and were there with Payton’s shop had been released and she could open her shop. Payton had never knew friends like this. Than a blast from her past came through her shop door - justin had been Adam’s college roommate and than business in K and B Properties. Adam and Justin were like brothers but personalities were worlds apart.

This was an excellent read with a lot in it: a fatal car accident, a young widow, murder, attempted murder, an assassin, intrigue, drama, action, suspense, danger, new start, and so much more. I love the relationship Payton developed with kinsley and Remy. I loved Payton and Boone together as they helped each other heal. I loved the pace and plot. I didn’t want to put this down. I was pulled into this book from the very beginning and stayed there until the very end. I have another new favorite. This was so worth reading. I I loved the ending. I loved the characters and the ins and outs of this book and I highly recommend it.