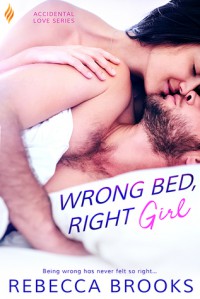 Talia was to be the principal soloist . She couldn’t call the artistic director of the New york ballet and tell Hal she was sorry but she’s rather stay an understudy the rest of her life. She also couldn’t ask her best friend Jessie of she could move back as Talia’s older brother was jessie’s boyfriend and had moved in. She didn’t have to worry about dates she would be too busy and all she seemed to have are lousy dates. Talia thought she wanted a leading role more than anything. But now that she had it part of her wished she could hand it back. What if she messed up? What if she wasn’t good enough? What if the audience started booing? She knew she had to succeed which meant no dating, no hook ups, and absolutely zero distractions. Dance was her world and she wanted it that way.  She had six weeks until opening night. Aaron and reed were brothers and were special agents with the DEA. reed said something was wrong as Stacey was suppose to check in if she got the signal that Jonnie had more pills to buy. Reed said he was going to see Stacey. Stacey was their informant. It had been two days since he’d heard from Stacey . when he got to Stacey’s apartment he found another beautiful woman had moved in and sublet the apartment from Stacey. Stacey had taken off. Reed had told Talia he couldn’t stay there. He offered to let Talia stay with him as she had no place to go. He picked his bedroom and bathroom quickly up and he would sleep on the couch. Reed could say- i’m married to my job, and my fiance left me because my work is too dangerous and I don’t have people over and it’s freaking me out to see her sitting there. But he said none of that. After Talia went to sleep in his bedroom reed found he was tired, wired, and hard. Not like he could take care of it on the couch with her in his bedroom. He couldn’t wait for the gorgeous, insufferable woman to be gone. Reed said he’d give hera key and talia said it won’t be for just tonight and he said no. He came home at the end of the week and seen talia in her tights and he thought he was going to fall right over in the middle of his floor. One evening Talia was all dressed up in a red dress to go out on a date with Erik who she had talked to on Tinder. At the last minute he canceled. Tilia was upset reed offered to make her dinner but not like a date. They ended up having sex as they were both so attracted to each other and had tried to fight it. But the next morning he told her that couldn’t happen again. He explained about his fiance Lisa and how a man he had put in jail came up to her an terrified her. Lisa demanded that reed choose between his job or her. He didn't pick her. He said he can’t be with anyone, not right now. Not with the case he was on. He couldn’t risk it and he couldn't’ risk her.

I loved this book. It was an easy read with just enough angst, danger, and drama. I loved the plot and pace. I loved reed and talia together and how they interacted. I felt so bad for Talia when reed told his mother Talia was just a fling and she knew she loved him. I loved how brave talia was. I loved talia did have friends she could turn to when she really needed them, they were there for her. I loved how protective Reed was of tali even if they weren’t together. I loved the characters and the ins and outs if this book and I highly recommend it.

Joe was tired of everything. His dog Buck was next to his bowl sleeping. Normally if he heard Joe’s keys he came running but he’d had enough today. Joe wished he could lie next to his bowl with a bottle of beer and sak out for hours too. The town of Petal had been part of Joe for his entire life. He’d come home. Even when he’d been halfway around the world he hadn’t been too far from Petal’s streets. So when he  got his motorcycle he knew exactly where he wanted to ride. Joe would find a routine. Get his dad some help. Get his business set up and running. Maybe even date or at least have sex. But for now the road have to be enough. Beth hadn't seen much of Mary Poppins as a kid and now it was one of her favorite movies. Her parents weren’t much for Disney movies for their kids. They also didn’t have a VCR or anything like that. She discovered the movie when her brother William’s oldest child came along. Joe pulled into the yard. Joe was the older bad boy Beth’s brother used to run around with. Joe came in the yard to talk to William and Beth told him she would see him around and she would make sure she did. Beth’s best friend was Lily who was engaged to her brother Nathan. Beth had decided to go to Joe’s house and say hello as she hadn’t bumped into Joe any of the times she tried to. Beth had come along way from the girl who had to make due with thrift store and garage sale stuff. Tate even went dumpster diving when she had to for her siblings needs. Now she was a business owner, had a nice apartment, her frige and pantry had food and the last time she hid from a drunken argument was years before, the last time she’d went to her parents house. Lily was raising her teenage brother Chris since her parents split and her mother sunk into drugs. Chris was having a hard time. tate-Beth’s older sister was doing Beth’s hair and said you know William is going to break something internal when he finds out you set your cap Joe. Joe’s reputation is less than stellar. Although William said Joe had changed alot since he left Petal and he came back to help his parents and nothing is in it for him. Joe had just started an auto repair shop. Beth thought Joe was really hot. Joe thought Beth looked better than a body had a right to a couple of weeks ago when he seen her. Now she was even hotter in a red dress and her hair done. Joe had found his dog Buck in a dumpster as a small pup. Someone had thrown him away. Joe had bottle fed Buck until he was stronger. He told beth about it as Buck went up to her and she was scratching him behind his ears.  She bought Joe some cookies and brownies and an invitation to Lily and nathan’s wedding. Than Beth said Joe could take her to lunch at The Sands so they could catch up. Beth said she’d be at the salon over there. Which Tate, Anne and Beth owned. Tate and Anne did most of the hair work while she did the books. She also did the occasional shampoo if needed. Beth ran errands, handled supply orders and pretty much anything else. The sisters were so close and used to having to work together that it was smooth and efficient. Joe’s father had deteriorating mental health and that is what brought Joe back now. He just had a call from his mother his dad-Carl- had got upset and left in PJ bottoms so Joe got up and dressed it was just midnight to go look for his father. Beth Joe was super hot in the bad boy, works-with-his-hands, has a scruffy beard way. Beth’s type of guy. She knew he had done four tors of duty in Iraq. Beth walked in and saved Joe from the floozie Dolly saying it was time for their lunch. Joe ran into hre, and had less and less defense against her charm. She was charming and hot. But also his best friends little sister. After running into Lily and Nathan and Beth at the Mexican restaurant, he gave Beth a ride home. She had told him to go get Buck. he wanted to be with her and she wanted to be with him and they were both adults. What Joe felt for Beth was far more than sexual curiosity. Joe and Beth had sex and seen each other as much as they could.

I loved this book. It was a great read with drama, family, and love. I loved joe and Beth together and how they interacted. I couldn’t believe it when Joe dumped Beth and in front of everyone. I understood his turmoil but that was still a horrible thing to do to her. Especially when they were so good for each other. My heart broke for Beth. i felt like I was there with everyone. I didn’t want to put this down. I loved the plot and pace. I absolutely loved Tate and all she was to her siblings especially Beth. I hope to get to read the next book of this series. I loved how close Beth and her siblings were and how they all turned out after the horrific upbringing they had. I loved  the characters and the ins and outs of this book and I highly recommend it.