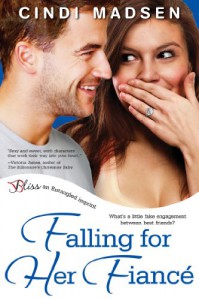 Dani had about thirty emails in her work inbox about the upcoming retreat. Of course people were excited they got to take their significant others and get in good with the boss. While the company would never call the retreat couples exclusive but the one they had a couple of years ago proved that being part of a duo meant more time with the boss and his wife. Wayne Bridges always bragged about how Bridges Marketing, Inc. was family friendly business.  Medical bills for her grandmother were expensive. Mama was living in Florida and took over Dani’s grandmothers physical care as well as working long hours. DAni was helping as much as she could. When even her scholarships didn’t pay for college family had all chipped in but her grandmother Morales ad put in the most. Wes called and told Dani to tell him he didn’t have to go but they both knew he would even though his sister was having Wes’s ex fiance as a bridesmaid. Wes agreed to go to the retreat with Dani as her fiance if she went to his sisters wedding as his fiance. Wes was Dani’s best friend since college. It had been a long time since they seen each other. Of all the stunts they had pulled this one would take the cake. Dani was Wes’s favorite person to hang out with . Being with Dani was effortless. They liked the same jokes- she just him in a way no one else did. When something good or bad happened Dani was the first person Wes wanted to call, and it had been like that pretty much since they he’d met her. Dani had left North Carolina to be with Steve- her boyfriend and now they weren’t together, He had hurt Dani . Wes had felt the urge to punch Steve from day one, but he’d tried to get along with Steve for Dani’s sake. All of a sudden Dani seemed to be noticing Wes’s body and she always knew he was good looking. Dani decided whens he got back home it was time to put herself out there again and find someone to date. She had been alone to long. Wes borrowed an engagement ring from his friend Paul who’s girlfriend had left him before he could propose. Paul acted a little interested in Dani. Wes had never really liked any man looking at Dani in that way.

I loved this story. It was a fun, easy, read, with just enough angst in it. I loved Dani and Wes together and how they interacted together. Not sure why their kiss in college was so bad yet they had such hot chemistry maybe had something to do with Wes ‘s experience as well as they alcohol. I loved how close Wes was to his family and how Dani was determined to help her mom and grandmother. I loved the pace and plot of this story. I loved the ins and outs of this book as well as the characters and I highly recommend iit. But there were a lot of errors that should be corrected.