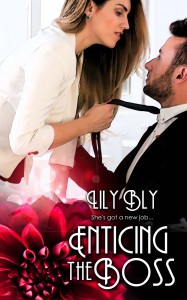 Jean checked the backup software running on her computer and switched off the monitor. She told herself Shep and Son will survive without her. She had never taken a vacation since she had started there six years ago but she is now. Her vacation was an act of vacation not an act of avoidance. The awesome ski package and flight deal just happened to coincide with david’s and Beth’s engagement party. She would have went and done all the right things if the vacation package hadn’t popped up. She would be leaving Monday morning with her brother George and her niece. Jean had been infatuated with David who was her boss for a long time. Jean had grown up with her step sister beth who was really mean on the inside. Beth was also engaged to the man Jean wanted and she wondered if that was to hurt her. But David was taken now. Jean worked at Shep and Son and it was struggling. The publishing house had catered to the new and different from it’s start thirty years ago and they had managed to head off most of the digital market troubles, but this past year had been rough. That could change Monday with the pitch to Frederick Donelson . a billionaire lately come reality tv star who wanted to publish a series of books about his wild life experiences. He liked them and they were in the running to sign him to a seven book dealJean noticed the light on under David’s door when she was going to leave. She was going in to turn off the light but instead saw a devastated David in there. He said Beth had broken the engagement. He was all work no play and boring. David added after his father’s stroke he took on so much more- he’d been having trouble handling it all. He thought Beth had understood David’s father Edgar had been kind and a mentor to her , for all of them at Shep and Son. david admitted he hadn’t got very far into Donelson’s manuscript. The needed this man to sign with them. Than Jean took off her coat to get to work. She texted her brother she wouldn’t be going but gave him the trip information. George emailed back not to do this to herself . But jean didn’t see any other choice. David had originally wanted to be a carpenter - his grandfather had taught him . But his father demanded he come into the family publishing business. After working all day and night they had a presentation for Donelson .demanded they go to breakfast.. David said he loved her and Jean blew up about loving him for six years and having to help the office plan his engagement party to her stepsister. David ended her tirade with a kiss and they had sex in the restaurants bathroom. Than david took her to his place to have anap. She thought about all the times Jean had saved his butt. Jean was smarter than him and far fiercer at the conference table. Than while Jean and David were getting out of the shower Beth showed up to tell Davis his father had died.

I liked this book n=but things went way to fast. David’s engaged to Jeans step sister than they end up having sex after a hard long weekend of work and than he declares his love for Jean. He tells beth he ex fiance he was with jean now. Just didn’t make sense to me as far as the time frame went. I did like the plot but this should have been a lot more spread out. So as you can see I had mixed feeling about this book.