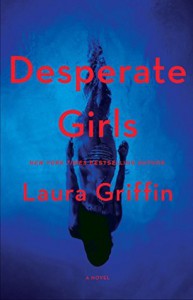 Jen planned on getting lucky that night. She slid into her car and checked her surroundings. No news vans, no beat-up hatchbacks that belonged to reporters. When she got home she got a  text from

From David he would be there in about twenty minutes. She had time to shower and change. She felt empty handed . She had no briefs, no pretrial motions to consider. She’d left everything at the office, including her laptop , which felt good for a change. Davis was one of the top cardiologists in Dallas.  A date. Tonight. Her stomach fluttered with nerves. She’d bumped into David at Home Depot last week and he asked her out right there in the store. David’s total obliviousness to her professional life appealed to Jen. She liked the prospect of seeing someone who didn’t think of her as Judge Ballard or your Honor.. Most men were intimidated by the robe, and she hadn’t had a single date in the two years since she’d been elected to the bench. Her phone chimed again and she thought it might be another text from David. But instead it was Nate Levinson, a former colleague. She’d missed two calls as well from a Beaumont area code. She let Nate’s call go to voicemail . She went to the kitchen after her shower and she had dressed and  she realized there was glass all over the floor.She looked toward the patio and a warm drift of air that turned her blood cold. Than he said “Hello Jennifer” as he whided around to see a pistol inches from her face. The the calls she had all made sense now as he stepped forward. “On your knees”. “ Don’t hurt me”. “ Now!” Her legs folded and she was on the floor and chunks of glass going into her skin. He put the muzzle of the gun to her forehead. “Please” Jen croaked “ I’ll do what you want, just.” “That’s right.” His eyes were flat and soulless “ You will.” Brynn said she had a trial Monday as she as she gets her nails painted red as it was her lucky color. Brynn was stressed and nothing would quell it until she stepped into the courtroom. Also Brynn hadn’t gone up against this prosecutor before. Chrissy did Brynn's nails and was a fierce supporter of Brynns since Brynn repped her in a dispute with her toad of a landlord who was jerking around over the rent. Brynn had not even represented Chrissy officially, just sent a nasty letter on the firms stationary . The toad had backed down and chrissy had offered Brynn a lifetime of  free manicures which Brynn wouldn’t take of course. Chrissy understood the importance of appearances. She was in the image business. A text appeared on Brynn’s phone from Ross. her law partner and it said Perez is missing. She then told Chrissy she had to make a call, sorry. Ross picked up on the first ring and asked her where she was. She said she was in a meeting Than she asked what do you mean Perez is missing? Ross said they were supposed to have a video conference at nine to practice his testimony nut he blew it off and he’s not answering his phone. Than he added he tried Perez’s girlfriend and she hadn’t seen or heard from him since Tuesday and has no idea where he is. Than Ross said he was headed to the office when Brynn asked asked if he had told Reggie. Than Brynn said would meet him there and they would figure out what to do. A ball of dread formed in Brynns stomach as she thought about all the implications. Her eighteen year old client was going on trial for his life and their star witness was M I A. Reggie had brought property three years ago when he moved his law practice to Pine Rock. Reggie renovated the building to accommodate six lawyers and two paralegal, administrative assistant and a receptionist- not to mention the steady flow of clients who drifted in and out  seven days a week. Big trials were the firms gravy, but Saturday night arrests were the firms bread and butter. Brynn followed the smell of fresh coffee to Reggie’s office . Faith was Reggie’s assistant and she was crying but Faith never cried. Than Reggie yelled from his office Brynn “ Brynn get in here.” Reginald H Gunn or Reggie was the managing partner. Than he said to close the door. He then said Nate had just called him. Jen Ballard had been murdered last night. He didn’t have all the details but she had been murdered last night. He didn’t have all the details yet but she was killed sometimes yesterday evening in her home. Ross shot Brynn a look. Jen had once been their boos, their mentor, and their friend was dead. Than Reggie said James Corby had escaped from a maximum security prison. James Corby was violent and sadistic but also frighteningly smart. The prospect of him slipping out of prison.James was a serial killer and he is out for revenge to those who were involved with his capture and his imprisonment. Brynn had the been the assistant prosecutor along with Jen who had been the lead prosecutor. Ross looked like he was going to be sick to his stomach. That had been the biggest case of Brynns career. She did feel she needed a bodyguard. Brynn didn’t really have much of a personal as she was totally dedicated to her job. Erik’s protection often interferes with Brynns ability to do her job, Brynn and Erik clash.  Reggie hired Wolfe Security which is one of the top personal security firms in the country. Erik heads the team protecting Brynn and her co- country Erik had been a marine and secret service agent. He doesn’t let distruction get in the way of the job performances. Brynn leans on Erik. But Brynn is starting to care about Erik. They both know it’s dangerous to have feelings for each other when Erik is protecting her. Erik reminded himself all the time