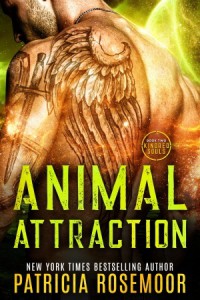 Detective Ethan Grainger gave his new partner a distinctive stare. Isabelle was his new partner after losing the best partner he ever had- Shade. Ethan recognized the murdered victim- Alderman DeAndre Booker.from the West side, Ethan wondered what Booker was doing so far from home. The man wasn’t dressed for a  night out at one of the clubs. Booker was also elected Vice Mayor by the city council. Booker had spent the last couple years working on getting jobs for inter city kids instead of them turning to gangs. Ethan was anxious to leave so that he could find Luc and get the man’s thoughts on the new but familiar murder. Ethan took some photos at the scene . especially of the body, of the dead mans face and ripped out throat. Than he pulled out his notebook and took notes. He got everything he could from the forensic findings, everything the officers on duty had gathered from the crowd or the other side of the crime scene tapes. Isabelle said she would call the Lakeside Zoo and see if any wolves or big animals were missing. Coyotes were not the only thing that worked for Cezar Lazare he had plenty of big cats including his family which were panther shifters. No one in Chicago PD new about the Kindred which were animal shifters. Or the true nature of their casino. Not unless you were invited to the lower deck where you could lose your soul to Lazare. The lower deck was cloaked by magic to the unsuspecting . As much as he hated the Ark he needed to go. Lazare did influence local politicians. Ethan had been avoiding shape shifting Kindred. Avoiding direct contact with Lazare’s daughter who had been Shade’s woman and was carrying Shade’s child now. Despite his vow to Shade he would make sure she and the baby were alright but Nuala blamed Ethan for Shades death. Ethan would like to forget her kind. Yet Ethan found himself attracted to Nuala. He’d checked on her through Shade;s twin Skye. Luc was Nuala’s half brother. Luc had help find the monster who had killed Shade as he was protecting Luc’s mom Elizabeth who had raised Luc human. There were shifter fights still going on even after Lazarre had promised Skye he would stop them? Skye was all about stopping the fights and taking care of the injured animals. Nuala time with Shade had been life altering . He’d shown her there was a different way to live. Ethan loved Shade like a brother. Him being murdered like Ethan’s real brother a decade ago losing SHade the same way had torn open wounds that never healed. Ethan had unresolved and highly inappropriate feelings for Nuala. Luc was the head of security for The Ark. Luc said he would put out feelers for anyone who had a problem with Alderman Booker. Ethan didn’t like Kindred or the operation at The Ark. Ethan’s failure to find his brother Mike’s killer still haunts him ten years later. Nuala decided to to move to Shade’s apartment after talking with Ethan about a different way of Maeve being raised and in a different place. Shade had been killed when he went to Elizabeth  to ask some questions- Luc’s mom- and is killed saving her life. Nuala was very attracted to Ethan and when he kissed her she kissed him back during that kiss he ingested some of Nuala’s blood and could w hear Kindred’s thoughts. Than when he pulled back Nuala hit him.

I loved this book What a different take on shifters giving up their souls and taking human souls. But I do like the old shifter books but till loved this one as it was a great story. I loved how Nic was basically surly and quiet but he loved his sister Nuala and would do anything to keep her safe. I loved Nuala and Ethan together and how they interacted together. I also loved how Cezar was the loving parent this time and the mother could basically care less about her children and was all about hre things/ That was a change. I loved the pace and plot of this book.  I loved Ethan was willing to do anything to save Nuala and Maeve. I loved the characters and the ins and outs of this story and I highly recommend it.