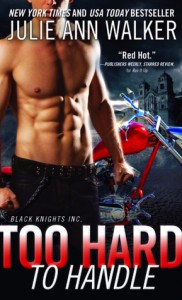 Dan “ The Man” Currington looked over at his friend and and teammate  Dagan.Dan and Dagan were Agents for Black Knights Inc.The Black Knight actually report to the president of the the USA.   They were in Peru on a mission and had been here three months already. Dan scanned the tourists as they passed him for one particular face. He had been ;looking for that face for an eternity or at least that is what it seemed like. Dan and his teammate had yet to capture the number one name on Uncle Sam’s very bad list, the rogue CIA agent traitor. Dan and Dagan now have Chelsea working with them, she is CIA agent who had only worked at a desk before now. Chelsea is determined to be a worthwhile member of the team.   . Dagan said that every night Dan dreams of the woman he worked with in Kuala Lumpur and whispers Penni. Dan and Secret Agent Penni had super hot chemistry but couldn’t do a lot about it .But before they could do much about it a terrorist attack took out Penni’s whole team. The did have a one night stand that neither had forgotten. Dan had lost his wife two years ago during a shooting. After her team all being killed Penni quit the Secret Service. Than Penni goes looking for Dan and is told he is in Peru so Penni goes to Peru. Penni believes there is more for her and dan than just that one night. Penni si caught up in the middle of a mission that is about to blow sky high. Dan and Pennui run for their lives with the rogue CIA agent after them.

I really enjoyed this book. It was a fun read filled with danger, suspense, action, violence, and romance. What more could you ask for from a book? I advise you to read all the books in this series for a smoother more complete read. I loved the fast pace and the plot. Although this was somewhat predictable at least for me it didn’t take away from the book that much. I loved the characters and the ins and outs of this book and I recommend it.