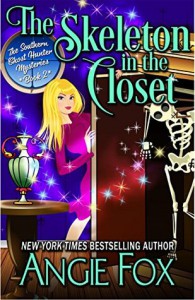 Today was the first day of the annual Cannonball In The Wall festival - Verity had almost run into a large Civil War replication cannon. This year would be better as a history channel documentary crew was there to film the celebration. Melody was Verity’ s sister and was to meet Verity near the library. During the Civil War Tenn was one of the most divided states in the nation with boys going off to fight on both sides. The Yankees had come to their town and a cannon is shot through the town square but the ball didn’t explode. But it did lodge deep in the wall of the Sugarland Library. The small victory gave their ancestors the extra spit and vinegar they needed to drive the invaders out and saved their town. The town had assembled to celebrate every year since. Verity was an artist and had started a graphic design business and hoped she would get some work after the stuff with her ex fiance Beau died down. Verity didn’t have any money to spare after the incident with Beau. Verity had barely avoided selling her after her ex-almost- mother- in- law had forced her to pay for the wedding she had orchestrated, the one that didn’t happen. But Verity had to empty her savings and sell most of her furniture . The town new her predicament but they didn’t know she was eating Ramen Noodles for most of hre meals nowadays.  But the help of frankie the ghost tied to her land who had been a gangster and ellis she had saved her home. Verity’s grandmother had left her this historic house she lived in. Ellis was Sugarland deputy sheriff. But if anyone was off limits to Verity it was Ellis as he was her ex’s brother. Ellis had a slight scar from when he had saved Verity’s life from a killer. Verity had also saved his life. Melody and Ellis were two of the very limited number if people who knew about her ghost-hunting skills and Verity intended to keep it that way, Verity wanted to forget about haunted houses, hidden passageways, and buried secrets. Ellis was funny and brave. Kind. Verity admired a man who wasn’t afraid to follow through with what he felt in his heart which Ellis had done to become a deputy sheriff. Than as Verity was looking for a seat to watch the reenactment Beau was in front of verity . Beau had cheated in Verity, lied to her, than tried to make her look the fool when he tried to force her to show up at their wedding that she had already broken the engagement to him. That was the day after he hit in her little sister. He went to the church and waited and made it look like verity stood him up at the altar. After she had already ended things between them. But Verity was not going to let Beau humiliate her again . Than a woman in the row above her said sit down the Yankees are really coming and Verity cringed bit sat down next to Beau. than Ellis came and pushed between them and she was never so happy to see him. When she went home she went  through a a violent chill in the house Verity had never felt anything like it than as she was going to get Lucy her pet skunk something to eat she ran into another cold spot - rawer than the first one. Verity saw nothing, npoe shadows, no wayward spirits. She called to frankie and he appeared. Verity was going to try to unground Frankie form her property. Melody called and asked if Veruity would help in the morning with the catering. Verity was looking at the display at the library when she noticed a shoe and she looks under the table and Darla Grace- a volunteer - was dead there with a rusty bayonet lodged in her back. Some people wanted to blame verity for darla’s death but Ellis had her back. Frankie can give Verity access to the ghost world in the library. Verity than uncovered some secrets and someone is willing to kill again to stop the secrets coming out.