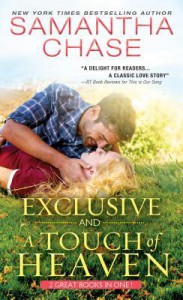 Taylor heard the voice of her Senior Editor- Victoria - ask her what she knew about Jonathan Wade and then added they had received an exclusive offer to interview him. The Victoria said he requested Taylor and only Taylor to do the honors. Taylor said she didn’t know much other than he was a bestseller mystery writer. His books have been topping the New York times best sellers list for over five years, they loved him,men, women, and even teenagers. The movie adaption of his first book  was due in the theater early next year and has already gaining Oscar buzz. He has won several literary awards but has never accepted them in person- and he’s a recluse. Victoria asked Taylor how she knew Jonathan Wade since she was new to journalism and worked for a little known magazine. Taylor told Victoria she had no idea who the man was and why he wanted her for the piece. Then Victoria named Jonathan’s terms. She was to meet him in Maine on his farm. His agent will send her directions once Taylor signs the confidentiatity  agreement. The interview is to be done over a two week period. Taylor can take pictures but only her no one else. Taylor said she wasn’t sure about the interview. She knew what went on and what freaks were out there. Victoria said to ease up on the drama. Their legal department was hammering everything out to ensure Taylor’s safety and Mr Wade’s privacy. Victoria added this kind of story this early in Taylor’s career could mean big things for Taylor’s future. Taylor would only have Wade’s assistant Michael green to talk to for the first week. More and More taylor is not happy with  this assignment. It appeared Wade had appeared out of nowhere eight years ago. How could someone as popular as Wade be so hard to find? Taylor prided herself on keeping her life practical and uncomplicated as possible. Then taylor got to Wade’s farm and it was Mike Green that Taylor had known form a while ago. It had been ten years since Mike and Taylor last seen each other. Taylor had met Mike the summer after her HS graduation. He was a friend of her boyfriend Eddie . Mike was older but the three of them went everywhere together. It wasn’t until the end of the summer she realized Mike was a buffer between her and Eddie who had been cheating on her the whole time.What had really hurt Taylor is Mike knew about Eddie's cheating and hadn’t said anything about it. She had thought they were friends but she was wrong. Then one day he just stopped coming around. Taylor went downstairs to have lunch with mike and when she took his hand it was like fireworks went off in her body. Taylor had been with Newslink for three years but her dream job was to work for a newspaper or magazine everyone knows and respects. She wants to be on page one instead of page seventeen. She also  wants to write the great American novel. Mike kissed Taylor and then again the next day. Something in Taylor’s touch ignited a strong desire in Mike. Taylor response to him was more of a turn on then he ever could have imagined.

A Touch Of Heaven:

Regan hated bling and her mother-Caroline- had done their company’s shirts for the female employees with bling on them. Regan was furious. Regan reminded her mother they were partners and needed to discuss things before decisions were made. Her mother had decided to sell the house Regan grew up in, her father had passed away ten years ago and regan was on her own the house was too much for just her mother too handle. Then Caroline calls and said she had just one a house makeover bu Max Bennett who had a show called Bennetts Project on the Home Improvement Network.  Caroline felt have the house done by Max and Sawyer Bennett would draw a lot more attention to it with the tv show being famous. Sawyer said to Max he thought he was going to wait until they picked someone together for the home makeover. But if truth be known Sawyer was ready to be done with the tv show. Sawyer also said from what his father Max told him the daughter Regan is against the house makeover of her childhood home. Sawyer was the host of the tv show and does all the designing and planning of the makeovers. Regan found Sawyer in her parents bedroom mumbling to himself as he took measurements. When Sawyer shook Regan’s hand he felt like he got an electric shock meeting Regan’s eyes he was pleased to see he wasn’t the only one. Sawyer knew he wanted to get to know Regan. It had been a long time since Sawyer had wanted to get to know a woman. Regan was a gift Sawyer wanted to unwrap. It didn’t matter Regan didn’t want to like Sawyer he was once perfect specimen of a man and she could help but appreciate the fact. Sawyer went through the house telling them what he planned with every word he spoke and with every image he showed them for his design. Regan couldn’t help but be impressed. She didn’t want to be but there was no denying the man had a gift and what he planned for the house was nothing short of spectacular. Sawyer thought it was a good thing he didn’t walk away from a challenge when it came to Regan. Sawyer asked Regan after he kissed her several times if she could separate the man doing the makeover on her childhood home and the man who wanted to get to know her and Regan  said she needed some time. Every since Regan had met Sawyer and especially since they had kissed Regan had dreamed of touching Sawyer. But not professionally at her spa and as a deep tissue massage as she was about to do. Regan had never felt such an instant connection to a man, such an urgent need.

I loved both stories such well written romances and so sweet. I loved the pace and both plots. Two different novels but equally enjoyable. I loved Mike and Taylor as well as Sawyer and Regan and how they interacted with each other. I liked how close Regan and Caroline were as well as Max and Sawyer I like how Mike made something of himself and found a reason to bring Taylor to him. Even if it would have been nicer if he had been honest from the beginning. I would have like a little angst. I loved the endings of both books. I loved the characters and the ins and outs of both books and I highly recommend them both.