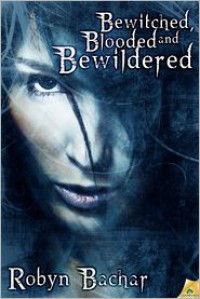 Catherine/Cat had never intended to join Team Evil. But because of her bond with necromancer vampire Councilman Zachary Harrison she was going into a necromancer gathering to fight on the side of Zachary and her husband Lex- who was cat’s soulmate-was definitely not happy about the bond or being there.  Zachs and cat’s spirits were stuck together by magical duct tape . If Zach died so did Cat. There were several angry vampires who wanted Zach’s seat on the council. Also Zach was one of the few magicians with the power, money, and chutzpah needed to fight the growing Hunter problem. Without Zach they may all end up dissected on some government slab. Cat’s special talent was being able to smell necromancer magic by scent. Some at the beings at the meeting were minions like Cat or apprentices in vampire training. The official term for her predicament with Zach was blooded. Faust was a shadowspawn faerie and as Titania she should never talk to him -Cat was faerie and a witch- because his family had been kicked out of faerie but as Zach’s minion she talked to faust all the time. Zach had been challenged by Sir  Rousseau and his fore sorcerer which meant Cat had to fight also. Zach had got his eat on the council when Cat and Lex had killed the previous councilwoman Laura Barrel.Cat had been working on self defense skills the last few weeks - having a former guardian for a husband worked wonders in that department. And Cat had been undergoing some super secret magic spells with her cousin Portia. Then Zach said he needed blood before going into the fight and Cat gave him her wrist. Zach also told cat they had lost another sorcerer and two shapeshifters. The sorcerer was a member of the Salerno family which meant now meant the hunters were attacking sorcerers with family. That meant anyone could be be next. The hunters were part of team Force Prometheus who also had demons helping them. The Task force had thousands of magicians names and were working their way through the list. Faust got cats sword and brought orange flames to life along the blade  as magic crackled around the weapon. Cat loved faerie magic as she didn’t have to spout spells to use it. Zach was challenged again after he and Cat won by Gregori Petrovich and that fight would be be in a month at the next full moon. Then Faust went and got cat’s hat and the tarot cards had been changed from Justice and The moon to the devil and The ten Of Swords and Cat knew the message behind them. She would have to pick two different cards to put in the band of her top hat or get a new tarot deck. Lex had giver up his job as a guardian to be Cats Oberon and now he wasn’t quite sure what to do with himself. The Titania and oberon gig did keep them occupied but it wasn’t the same as Lex was used to kicking butt for higher powers nit undoing imp mischief and settling squabbles between faerie -blooded magicians. Mac was cats only magician contact . Mac had been kidnapped to be used as leverage against Cat but Mac had been declared dead . he could not go back to business as usual so he was in training to become a vampires librarian. Mac told her to come to him as they had some news. Cat found out there may be a way to break the bind with Zach but she would have to go to the Shadowland in Hell. She would need a guide.

I enjoyed this book a lot. It was a quick easy read.  I loved Lex and Cat together and how they interacted together. I laughed out loud while reading this. I loved it when Cat kept telling Zach to go catch in fire. I do advise you to read the first book in this series as it will make things run smoother while reading this book. I didn’t really find much to criticize in this book except the way it ended. To me it was just so abrupt and I didn’t expect it. I would have liked this to be a little longer and more eased into the ending. I loved the adventure in this book. I also loved seeing the growth Cat was doing with working on her self defense and faerie magic. I loved the characters and the ins and outs of this book and I recommend it.