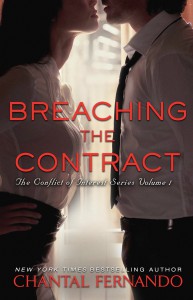 Jaxon Bentley is one of the top criminal lawyers in the country and he had hired Katerina /Kat is an associate at his firm. Getting an associate position at Bentley and Chenning - one of the best law firms around in a highly coveted job. They had never hired and associate right out of law school before Jaxon said he hoped Kat was ready as the job would test all her limits and everything she had studied over the last few years. Then Jaxon handed her a file and said it was the Curtis case and he told Kat he wanted her to learn everything about it, top to bottom because the case would be her baby, and she was going to help him win it. Then Kat thought how how she had just passed the passed the bar and she had a case handed to her. But she was both excited and scared. This was everything Kat had been preparing for. This was not something Kat was going to fail at. Jaxon warned Kat that they did things a little different there. Kat won’t have a secretary so she will be responsible for drafting her own briefs and correspondence.Yvonne was the office secretary can help you with that are urgent. They also had an intern Callin who can help with any legal research she may need done. He added this may seem like a lot of work but now she was working his cases with him and at the moment Jaxon only had a few  clients since they were high profile, Then when she was in the office she asked Jaxon if there was anything else he wanted her to do besides study the case and he said yes research he needed her to do and by some he meant a lot. Kat’s past only fueled Kat’s hunger to succeed. This was where Kat was meant to be and she gets right to work. When Kat was walking back from grabbing a quick sandwich she sees a man’s wallet drop on the floor and Kat picks it up and he is on the phone and she waits till he is done.with his call and taps him . But he ignores her the first time but she taps him a second time with more force and she then she says “ excuse me Sir. and he says yes but not in a friendly way and then Kat says you lost your wallet . He checked his pocket as if he can’t believe his wallet fell out of his pocket and then says thank you and Kat turns to leave and he says “wait - thank you”. Then he explains today was not his day and then he holds out his hand says his name is Tristan . Kat is doing well with Jaxon’s guidance but then he goes on emergence leave as there is a family emergency. Tristan is a widower and has two kids so also a single dad. Kat is left to fend for herself without Jaxon but then Tristan lets her know he us Jaxon’s partner and she is under him until Jaxon returns. Kat is attracted to Tristan and he to her. But he doesn’t want to do anything about the attraction. Tristan doesn’t work with Kat like Jaxon did, He treated her more like an intern than an associate. Having her do coffee runs and even pick his kids up at school and babysit them. Tristan is trying to avoid Kat.

I had mixed feelings on this book .If it were still summer   I would say this was a drama and angst free short read.- about 120 pages. This was a fast paced read. I loved that Kat was sweet to Tristan’s kids. But I do think it was above and beyond Kat’s job description to have to pick up Tristan’s children and babysit them but that is just my opinion and he is a partner. But she did remain professional when given a interns errands. Jaxon actually used her as an associate. It annoyed me that there was drama at the end instead of throughout the book. This was a pretty good read but not a great read so as you can see I had mixed feelings.