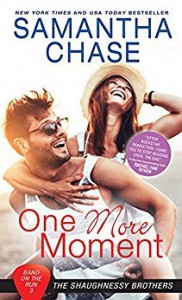 Julian was to be married but on his wedding day he showed a video of his fiance -Dena- in bed with another man the week before and she said she was marrying Julian for his money and fame and the man would get his share as JUlian gave her anything she wanted.Julian was in the band Shaughnessy and his bandmates were Riley, Natt, and Dylan and their manager Mick was there at Julian side at his wedding or aborted wedding. They were Julian's best friends his “brothers.”  The stood by him no matter what and the always had his back.Julian had been with Dena five years. Julian went and picked up his motorcycle and went on the road for ninety days no one knew exactly where he was but he did check in so everyone knew he was ok. .After the time on the road Julian thought he had dealt with most of his feelings on just about everything. He was sure everyone thought he was a fool. So many had tried to warn him about staying in the relationship with Dena but Julian wouldn’t listen. He had been determined to make things work. Dena had wanted fame and fortune and Julian was her ticket. Her words on the video devastated him but he was thankful for them as well Ginem Julian’s tendency to cave when it came to Dena. That is why Julian put a lot of miles between him and Dena.Then Mick said he had a house Julian could rent for three months and Julian took it as he wasn't ready to house hunt right now. The rental was on the beach in Malibu. Julian had to give some thought to his future. Julian was burned out from music or so he thought. Stepping back into the limelight Julian knew he would always be looking at the people around him with suspense and  wondering who was going to stab him in the back next. Charlotte was a vocational counselor and also had a background in social work and she had learned how to read people who were trying to hide or simply didn’t want to share. Charlotte helps homeless people or down and out people find jobs and that sort of thing.Sometimes people who had just got out o0f prison or rehab. The gut before her at the coffee shop had forgot his wallet and Charlotte said to add the amount to hers. And then the guy acted mad. He looked at her and asked her what she wanted from him. Julian went to the homeless shelter went to Charlotte’s class. Afterwards he helped out in any way he could. Hank told Charlotte Julian had worked hard gotten a lot done. Julian started going ot the homeless shelter Then one day Hank called Julian to his office told Julian he knew who he was and he needed to tekk Charlotte who he was or not come back and Julian left. Julian couldn’t seem to stay away from Charlotte and he did tell her who he was and she didn't recognize his name but she did recognize the bands name. , but soon they sleep together and become a couple. Charlotte realized he was falling for Jillian but still couldn’t to get a read on him. But one night at a restaurant with Charlotte and his  bandmates and their mates a beautiful blonde comes up to the table and asks Julian if she could talk to her -it was Deana and Julian says no and tells her to leave and his bandmates/brothers back him.

I loved this book. It was absolutely great., another new favorite for me. This was a short story  but had everything it needed. It was a sweet roller coaster emotional romance. I love Julian and Charlotte and how they interact. I was glad when Dena and Julian had the closing they both needed. I was loved how Julian and his bandmates and manager were so close. I loved how Julian brought in different musicians l to play with/ for the homeless which also bought in more donations. I happily found n9thing to criticize in this book. I loved the plot and pace. .I loved the characters and the ins and outs of this book and I highly recommend this book.