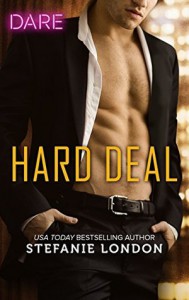 Imogene had hated this week. Most of the time Imogene loved her job. Being an executive assistant of a CEO of the most respected architecture and construction company - Allbrook Company- in Australia had its perks. Like getting to work with a host of amazingly talented smart, passionate people. Not to mention the little blue box that appeared on her desk  on her employment anniversary every year. Then to have the day like today It started with Imogene spilling her cappuccino on herself. She was late for a management meeting when trying to get the stain out of her blouse and her nemesis and had swooped and made Imogene look disorganized by handing out the wrong agendas then her boss demanded she shuffle his entire afternoon five minutes before he was due to present finance teams quarterly at town hall but Jason stepped in the CEO’s  son. He was hot and being groomed Chances are she would be working for Jason. Caleb was the CEO’s younger son and he got Imogene’s hormones singing even though he was bad news. Jason and Caleb were both handsome but Jason ws serious, moody glances, and smooth in-command tones while Caleb was his polar opposite. Caleb was always quick with a snappy comeback and he didn’t take anything or anyone seriously and he was cocky. He was Imogene’s kryptonite.Imogene kept her attraction for Caleb hidden.In public Caleb portrays himself  as someone that flouted the rules and did what he wanted but rarely takes anything to heart and that was how he protected himself. Then Caleb told Imogene he needed her help getting some original files. There was only three keys to the archive rooms where the files would be Ceo,Jason, and her. Caleb said Jason was busy as she knew. There was something about Imogene’s overly prim and proper way that got Caleb all hot and bothered. Imogene had been really hurt by her ex husband.imogene married at eighteen her husband, was twelve years older and a serial cheater  Imogene found it hard to trust men Caleb is charming, good looking, and hot, he could also read people. But down deep Caleb felt unwanted and unloved by his father. Caleb's father disregarded anything Caleb said in regards to work. Imogene believes her sister Penny fiance Daniel is cheating and she ends up going to Caleb to help her find out. Imogen wanted to do was sneak into the Carmina ball to see if she could find out if Daniel is cheating. Caleb is determined to get to know Imogene better and he has a chance at the masquerade ball. At the ball Imogene follows the wrong man and calls him a louse but the man is Caleb. Then imogene literally falls at Caleb's  feet and shares a hot iss with a stranger who is Caleb. Caleb has an in with Daniel as they are friends. and will help if Imogene goes on a date with him.

I loved this book. It was a funny, short, easy book. I loved Caleb and Imogene together and I loved how they interacted with each other. I loved the plot and pace. Iadvise you to read the first book in this series . I read this in one setting. I loved the amount of angst in this. I like the different phrases Imogene used instead of swearing. I I loved how Caleb wore novelty socks so he won’t look boring . I laughed out loud at times while reading this and that is rare for me. I loved the ins and outs of this book as well as the characters and I highly recommend this book.