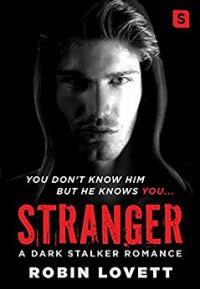 Penny is twenty one and a NICU nurse who has problems with depression as her father had died a couple of months before yet they weren’t really close.  Penny had an older brother Blake and others who are there to support her. Blake hated their father and didn’t understand why Penny cared that her father died.  Penny hungers for a distraction from her grief. Her father was the only parent she had ever known. On her lunch break Penny seen a man staring at her and seen the same man after work. Finally after a week Penny confronts the man. Logan had hated Penny’s father and wants revenge. Logan plans on blackmailing Penny - at first-  since her dad was dead now. Logan tries to tell Penny what her father did but penny walks away. But she does come back to listen. Penny doesn’t want to believe Logan but she does believe his threat to tell the media. Logan has been seeking vengeance for years. Logan plans on ruining Penny’s life like his got ruined because of her father. Logan’s world had come crashing down because of Penny’s dad. There is attraction that both Penny and Logan feel.. Logan’s father involved his sister and family to get Penny’s trust fund for the pain and suffering his sister had endured. . Penny agrees to marry Logan.

This book really wasn’t for me. I don’t believe Penny was acting intelligently when it came to Logan a complete stranger who was stalking her. Why didn’t she involve the cops? Also why was penny griefing so much to a father she wasn’t close to? This does go into a dark area in the sex and love part. This also dragged for me at times while reading this. Some of the Questions I had concerning this story were never really answered. Also why did Penny just believe Logan who was a complete stranger without any proof of any kind? I hate cliffhangers and that is how this ended as far as I am concerned. So this book just wasn’t for me.