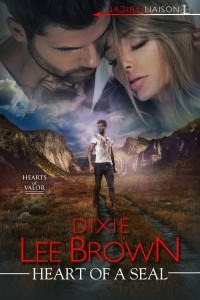 Six months in a desert hellhole taught Navy SEAL Luke Harding things he never wanted to learn about life and death. Only tender memories of the beautiful brunette he met a few weeks before his deployment helped get him through the torturous days and nights. Back in the States after a perilous rescue, physically and emotionally damaged, Luke reaches out to Sally Duncan, the woman whose memory helped him get through torture. Unfortunately, he refused to see her when he was injured in the hospital so now he must hope she will at least hear him out.

The beginning started ok, but from the moment Luke shows up for Sally, I didn’t really like their interactions. I had a problem with both characters, which made it hard for me to be able to like this story at all.