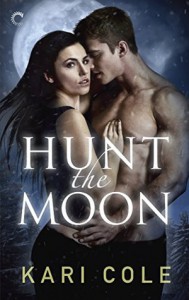 Luke wondered who would have thought being Alpha would involve so much paperwork. A truck rumbled out of Townes Aviation. Luke’s cousin Dean barged into the conference room wearing his deputy sheriff uniform. Fifteen months ago four of their packmates including Dean's sister and Luke’s father were murdered. Then Dean said said they had another missing person - a human - Eric Conroy who was the county clerk. No one had seen Eric since he left work yesterday. Dean said he had a bad feeling and so did Luke. That was five missing now. Here they had a pack and the pack could find anything in their territory. Yet they  had found no sign of the logger who has been missing seven months or the two female hikers who had vanished a month ago or even the lifelong resident who sold all his land just after New Years Day and disappeared without a word to his three kids . Dean was Luke's Beta- or second in command in the pack. Luke added no one was to search alone including Dean. If someone or something was hunting in their territory he wouldn’t let his wolves be easy targets. Ressa came into her family business- Townes Aviation- Freddie was her mate. Dean and Ressa had been Luke’s best friends since they were kids. The responsibility of their home and care for it and the people who lived there weighed on Luke. His dad would have said that is what an Alpha does- the worries, comforts, manages and directs. And when that doesn’t work he knocks heads. Grief pounded at Luke at the thought of his father and the others they had lost. Luke won’t rest until each of the missing humans were accounted for in honor of his dad. Fury ate at Luke for not being able to find his dads and the others murderers. Within him his wolf snarled. Izzy felt Freddie was more than just another parentless kid who shared a foster home with Izzy. In every way that mattered Freddie was her brother. Freddie said Izzy was nothing but skin and bone and their foster mom- Abby- was a force of nature, a tidal wave that swampede people with her care. Lately Izzy couldn’t satisfy her bottomless pit of a appetite. Then Freddie said not to worry that they would fatter Izzy up before their mom Abby and dad Hank got there. Izzy had flown a Blackhawk in Iraq just like Freddie. Izzy loved flying , it was her on;y refuge , the one place where the memories and fears didn’t take over. Sometimes on the ground she lost the ability to breath , panic seizing her lungs. Izzy avoided crowds, and sat with her back to walls so no one could sneak up on her. Sudden and inexplicable anger would pound through Izzy’s viens.make her want to rage at the world. Nightmares woke her every night. That more than anything else terrified Izzy, because she knew what drove the constant craving.Freddie asked the last time Izzy had talked to a professional. He said between her childhood, the war…. Bess she needed to talk about things. But Izzy knew her problems went beyond PTSD or dead sister. Izzy knew the man was staring at her and she stumbled and the weight of his gaze set off a new kind of fluttering in her stomach. His body shook as he inhaled deeply - as if straining against an immovable force. The cop grabbed the man’s arm and got snarled at for his trouble. The man never took his hungry eyes off Izzy. She wanted to run toward him . Her whole life Izzy had hidden from werewolves now her brother was to  marry one. Izzy’s grandmother had brought her granddaughters up that werewolves were violent vile monsters even though their parents had been werewolves. Izzy had never shifted.Bess had shifted then killed the man. Luke was sucker punched by the sight and scent of something he hadn’t expected as his beast declared “mine.” His wolf tried to break free to take what it wanted. Then Luke smelled ehr fear and his instinct to protect her was nearly overwhelming as Freddie’s foster sister was Luke’s mate. Izzy now understood Freddie knew about werewolves and also cared for them. Everything in Izzy told her to run but she would not leave Freddie. Not once had he abandoned her or Bess, even when he should have. He got beatings from all sorts of bullies in defense of the “Freaky Twins.” Izzy had already failed her sister, she would not fail her brother. Izzy was a werewolf as was her sister Bess and Bess had committed suicide after she had killed a man and showed Izzy on Videochat and also when she killed herself almost three years ago. Izzy was starving herself with the refusal to eat meat. Caine set his cell phone down despite the wolf growling in his head as he refused to lose his temper. A forty something blonde haired woman looked down the hallway at Caine with a look of distaste on her face. Caine didn’t care someday soon she would outlive her usefulness and he would probably snap her skinny neck. Holt - Caine’s employer and pack leader said Caine looked annoyed. Caine killed for many reasons and enjoyed while he did. Caine never loved anything in his life except the hunt. Caine wanted to live in the world Holt was creating so he’d take orders.