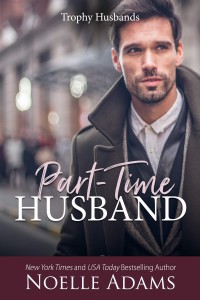 Melissa cried at fourteen when her parents died but hadn’t cried very much since. Melissa lost her family all at once when a car accident her parents and both grandmothers. All that Melissa had left were two sister- Sam and Chelsea, Pop, and the company.   Melissa is not the woman, the sweet sentimental one who tears up over a kind gesture she’s the one who makes an appointment on Wednesday afternoon to ask a smug butthole to marry her. Melissa is twenty eight, hard working and efficient. Melissa was good at managing the world around her. It all started one Monday with her grandfather/Pop. He’s been among the elite of Charleston for most of his life, after starting a restaurant chain called Pop’s Home cooking that has expanded into twelve surrounding states. When Melissa told him at seventeen that she wanted to work for his company Pop had patted her on the head and laughed. He said she was a girl and she would be better off finding a husband. Melissa went to UVA as an undergraduate and then to Harvard for her MBA. Melissa interned for seven summers in a row finally four years ago Pop hired melissa and she had been working fifty to sixty hours per week. Six months ago pop gave melissa an executive level position. This was Melissa’s family, her heritage. Each Monday melissa had lunch with Pop and he grills her on the hard work she had been doing for the past week. She also got lectures on her lacking social life. Pop thinks women should be married and have kids so she hears about it. Then today Pop says “ it's time.”  Melissa had learned long ago that losing control is the way to lose the battle. Then opo says he thinks she works too hard to find a husband and he was going to reconstruct her job . To understand her situation Pop owns the company outright, there is no board. The sole decision maker is Pop and melissa’s job is entirely up to him. Also he doesn’t make idle threats. If pop threatens to do something he does it. Melissa knows she has to fix this immediately. Then Pop said he may also have to do something about Sam and Chelsea just living off his money so Melissa lied and said there was a man but they weren’t at the that place where they will marry. Pop said he wouldn’t do anything about her job or Sam and Chelsea if she married the guy and pop had to meet him by the end of the week. Trevor bentley was the most arrogant obnoxious that made Pop snarl when Trevor’s name was mentioned. Melissa doesn’t like Trevor and he doesn’t like her either so she will have to think of something to get Trevor to agree to marry her for one year. Melissa does know something Trevor wants enough to agree to the marriage. But still as much as she doesn’t like Trevor Melissa still finds him attractive and he agrees to marry her.

I loved this book. It was a quick easy romantic funny read. I loved Melissa and Trevor together and how they interacted with each other once they were married. I loved watching their relationship grow. I loved the relationship Melissa had with her sisters. I don’t know why Pop acted as he did about a job and marriage and being so controlling he should have been a more loving man he was all Melissa and her sisters had besides each other.  I was happy when she married Trevor and her grandfather didn’t like it at all and I loved how Trevor stuck up for Melissa about Pop and the way he treated her. I was happy pop- seemed to change in the end. I chuckled at times while reading this and loved the plot and the pace. Happily I couldn’t find anything to criticize in this book. I loved the characters and the ins and out and i highly recommend.