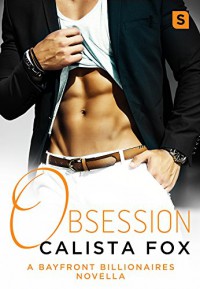 Roxy was an artist ad Meredith Brennan was her broker. But living in Bayfront, California was putting a huge strain on Roxy’s bank account although she loved it there. But the best thing was Roxy’s ex fiance -Tommy would never come looking for hwe there. Just two  months and Roxy was already close to broke. Meredith told Roxy the man wanting to but her painting wanted a series of six not one as he wanted to put them in his office. Roxy told Meredith that she knew that Roxy only did one painting per ;pcation. Then Meredith told FRoxy the man would pay three times above her normal asking price  and that would be times six Roxy’s paranoia ran deep where her ex Tommy was concerned. He made his first threat with his fists. He had followed that up by assuring Roxy that if she left him he would find her. He could always find her. Roxy could only hope and pray tommy’s long since given up on that mission. Meredith pointed out Roxy’s artist name is nowhere near similar to her given name and she had changed her appearance so there would be no reason to put two and two together including Tommy. Tommy had terrorized Roxy and turned her life upside down.Roxy never wanted to feel owned or possessed ever again.  Roxy was at a silent auction she had donated a wine and cheese canvas painting party for twelve to benefit tonight’s cause- women’s shelters in the inland communities. It also gave Roxy a chance to launch her new business which she hoped would supplinment her sporadic income from painting. Roxy needed to promote her fledgling company and figured her company’s name and logo in the program and displayed on big screen above the stage would go a long way in marketing the painting party. Then the benefactor of the evening’s venue Nicolas/Nick came up to Roxy and talked about the desserts being served. Then Roxy felt a strong attraction to Nick she wasn’t expecting. She hadn’t responded to a man’s flirting since she had left New York. Nick mentions his mother had been abused as a teen by her stepfather and his grandmother did not believe her and kicked his mother out to the streets where she lived for awhile. That had started Nick’s interest in shelters. Nick and Hunter had been like brothers until Nick’s ex lover had murdered by her ex husband and it broke both Nicks and Hunters heart. It broke Nicks heart because of how much he had cared and Hunter because he felt guilty for wanting the happiness Nick had found. Than Hunter just disappeared three years ago but he is back now. Nick is a movie studie mongrel and Hunter was a popular writer and a scr[rt writer. Hunter meets Roxy and like Nick he is attracted to her both men decide to do whatever it takes to get Roxy with them. Even though she is attracted to Nick she is also attracted to Hunter. Roxy ends up sleeping with both men.

This was a pretty good read. This was a quick,easy and hit read. It was fairly predictable also would have liked more build up to Roxy’s triangle. I really don’t care about insta/lust and menages but this wasn’t that bad. I did like how both men were willing to step up and protect Roxy from Tommy. I liked the pace and plot. As I said this was a pretty good read just not a favorite of mine. I would have liked this to be longer.