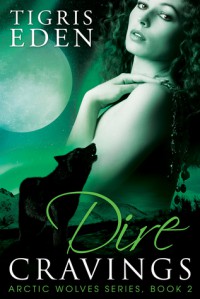 Olivia/Liv had been running for three days from the creatures who had attacked and tore apart her camp. She feared they weren’t far behind her. Every sound made her heart race and her skin crawl. There was so much blood and chaos back at camp her mind to be able to take in everything that had happened. Her ex husband Santiago  and the board had forced a two week vacation on Olivia. So no one would be looking for Olivia here in Alaska for awhile. Olivia had helped make Madds, Parsons, and Goldberg the best insurance in the business.Olivia was a Risk Analyst for the company and was excellent at her job. Liv heard something chasing her and used the last of her energy. That was when Liv looked over her shoulder then bumped into a big man and passed out. Blue had followed Liv for three days after he killed  Roman’s men. Blue had stumbled across Liv’s scent. Victor would not be happy if Blue brought this exhausted woman to the den. With the war going on with the Hunters it was decided to bring in the packs and reside in the mountain. Being in close quarters with other wolves was hard on Blue as he was a loner by choice. He didn’t pledge his allegiance to any pack. Blue was in a contract with Cassandra until they had a pup. It was convenient as Blue wanted pups but no relationship and Cassandra had  agreed to provide them. Victor was the pack’s Alpha and Cassandra was his sister. Blue/Bodvier had three sides to him as he was a Berserker- human, wolf and the beast. Blue also had a resistance form silver from his past when he had been caged as a young wolf and his owners had been cruel and unforgiving in their punishment. Blue was very attracted to Olivia but told himself that wasn’t for him. Blue liked his women submissive and that was the last thing Olivia was. Blue found he wanted to mark Olivia and realized she was his true mate. Blue want to Cassandra to get out of the contract about the pups and she understood. Blue had no control over who fate gave him as a true mate. I definitely enjoyed this book . only one part really bothered me which was when Blue choked Olivia while having sex. I can go with most BDSM  but not that. I didn’t like that. Otherwise I found the book a good read. I love how blue and Olivia reacted to each other right from the beginning. I liked how Olivia and Serina- the Alpha’s mate- became friends. I loved the adventure, action, and intrigue in this book. I liked Olivia’s journey to be her best self. I liked the plot and pace. This book kept my attention from beginning to the end. Olivia and Blue had such hot chemistry which is normal for mates. I loved the characters and the twists and turns in this book and i recommend. I would rate this a 4.5 if I could