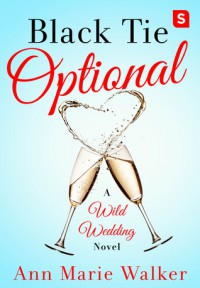 Olivia thought how just like clockwork the SUV came to a stop alongside the curb as it stopped a full alne of Chicago's morning rush hour to a grinding halt.  Then Coleman/Cole Grant III gets out of the vehicle to get the same extra hot double shot Americano from the same big chain coffee shop. It looked like Cole ran Nasa from the back seat of the vehicle not just a business. The commute from his Gold Coast penthouse to his loop headquarters was less than two miles. Everything about Cole oozed power and sex. Olivia went to Cole and he said most people simply make an appointment with his assistant. Olivia said she had tried but for some reason his schedule was always full. Olivia had no plan to stop the sidewalk sessions until Cole agreed to her demands or he filed a restraining order. Olivia was fighting for the northern long-eared bat. Then coleman said they were really the most vile creature had she ever considered taking up the fight for  a more appealing animal. Then Cole handed Olivia a cup of coffee. Olivia wondered if Cole thought he could charm his way out of the hot seat? Olivia had spent her entire adult life and most of her teens speaking on behalf of those who couldn’t. As he got in the car Cole flashed her a grin that could have made her drop her latte also her panties if she didn’t find him to be lacking if not only morals and ethics but quiet possibly a soul. Olivia's best friend was Cassie and they were going to Vegas. Cole went to the hospital to see his sister Rebecca. He hated seeing her in a hospital bed as tubes dripped and machines beeped. But for Rebecca it was business as usual. Cole reminded her she needed to rest. Then he left. Cole made a trip to vegas and it happened to be the same time Olivia was there. Olivia and Cole run into each other and they get drunk and end up in bed together. They had planned to keep everything in Vegas that had happened. But Cole needed to be married to beat the clause in his father's will. The business Cole had  build up and put so much into. Otherwise his grandmother would get the business. Cole suggest he and Olivia marry then she would save that bat and he would get the business. So they married in front of an Elvis look alike. Cole met Olivia's parents and saw how much they still loved each other and he thinks maybe this is something he could want. Cole had never really been part of a family as he had been brought up by servants and nanny’s.

I enjoyed this book. It was a fast cute read. But I do think there were a few too many conflicts entered into this book. But I loved how Olivia was not intimidated by Cole  and she told what she thought including of him. I did feel the ending was rushed. I liked the plot and pace. I laughed at times while reading this. I loved the way Olivia and Cole interacted with each other. I really enjoyed the characters and the ins and outs of this book and I recommend.