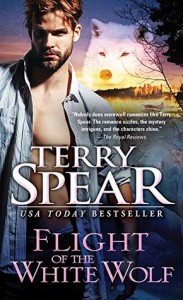 Gavin was a PI who had been a Seattle cop before he was a PI. He was also an artic shift shaping wolf. He and his fellow PIS had been bitten and turned. Gavin hated flying as he had been in an airplane crash when he had traded places with a very pregnant woman and had been taken hostage at a jewel heist. But Gavin had to sometimes fly for a case. Eleanor Dylon was a cosmetic heiress and she says she is sure her husband is cheating on her but he has to be caught so she could start a divorce and keep all her inheritance. Her husband Conrad was going on a company canoe trip and all provisions were being provided. So Gavin had to fly in and catch Gavin . Gavin and his fellow PI’s had a thriving business going. Eleanor said gavin had to be the one to take this case as she had looked into him and said gavin had an outstanding track record. Gavin’s pilot ended up being Amelia as her father had to take out a different group. Then the plane malfunctioned and crashed. But before it sank they got out and some provision even a big Saint Bernard pup. Gavin couldn’t believe he had been in a second plane crash. Then he realized why the other woman looked so familiar  as she was the one flying the plane in the first crash. Gavin doubted Amelia but she also doubted him but soon they believed each other. Gavin also found out Amelia was white arctic wolf and was born a shape shifter and was called royal as was her family. There was a strong attraction between Amelia and gavin. Soon Amelia said she would be Gavin’s P I assistant.

Excellent book and I loved it. I loved the plot and the pace and the paranormal part and didn’t want to put this down. This kept my attention form the first page until the last. I loved Amelia and gavin together . I felt this was a well written white arctic wolf romance with just enough intrigue and drama added to it. I love Terry Spears novels and this one didn’t disappoint. I hope to read many more. I loved the characters and the twists and turns in this book and I highly recommend.