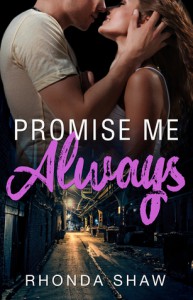 Danny’s nickname was D and his rap persona was DOA. He was famous  rap star now. But as a young man he had accepted help from Terrell and thought of joining his gang but he would have to kill a rival gang member and Danny wouldn’t do it. Terrell let him walk away but told him he would be watching real close and one day when Danny really cared about something he couldn’t live without Terrell would be there and take it. Danny was now in rehab ghe had almost died when he OD'd on Xanax. And Dollar who was his manager/best friend had found him. Danny wanted to change for himself but more he wanted to change for her - Gabrielle - be someone she could be proud of.  She wouldn’t understand the need to use drugs to get through the day. It had been six days since the horrible night at Sanctuary when he had shattered her heart.Gabrielle- just thinking of her name caused Danny’s chest to ache and his heart to pound. Often Danny wanted to find her but then he also remembered what Terrell had said and danny couldn’t /wouldn’t chance it.  Danny remembered Gabrielle’s big green eyes and smile- it took one look and he was hers even though Danny knew she was out of his league. But Danny couldn’t resist even though it was the last thing he wanted.  Gabrielle had just moved into the neighborhood and Danny stuck up for her a couple of time one time he had saved her from Terrell and his gang then he walked her to dance class every night so she was safe. Danny had reached LA with his boys Dollar and Big T and somehow he had made it big. Big T was head of danny’s security now as well as his personal assistant.  Danny still had the journal Gabrielle had given him on their first Christmas together with the embossed D he had filled the journal many times and refilled it with paper and the wear and tear shown but Danny but Danny was determined to have the journal with him until he died. He wrote his lyrics in it.  All danny’s dreams had come true but he wasn’t happy as he had never gotten over or forgotten gabrielle not in six long years. Dollar had pushed danny every step of the way every since that first night he had heard Danny  in a freestyle rap battle  at Sanctuary club in their old stomping grounds. Dollar became dedicated to doing whatever he could to make danny a star and keep him that way. Gabrielle had moved in with brad after dating him for six months and that helped relieve the financial burden of being a single parent to her daughter Dani who was Danny’s child that he didn’t know about and she had tried to tell him but Dollar had deleted her messages and danny had never seen them. Dani shared her mother’s passion for ballet- at one time Gabrielle’s dream had been to be a famous ballerina but then she got pregnant for Dani and dropped out of school. Being with Brad allowed Gabrielle to work at home and be there for Dani.   One night several cars were at Brad’s apartment it turned out to be Danny as Brad’s company was suppose to work with him if Danny signed the contract but then Danny was stunned with Brad called her out and then had her bring dani out. Danny knew the mirror image before him was his daughter and he was furious Gabrielle had never ;let him know about her. Gabrielle had went to school with Kat and then they were in ballet together and now Kat was Gabrielle’s best friend when Gabrielle left brad’s because she realized all he really cared about was himself and his big ego she went to stay with Kay she had nowhere else close to go. Then Danny found out and demanded she and Danny come to live with him where they could be safe and have what they need. He also wanted Gabrielle back and to become a family.

I loved this story. It was an easy quick very enjoyable read. I finished it in one day but then I had problems putting it down also. This book had my interest from beginning until the end. I loved Danny and Gabrielle together. Dani just added to the whole story. There was a lot of emotion in this romance and drama but it all just fit together. I loved the plot and the pace. I don’t usually like going back and forth between the past and the present but the author did this in such a way that i didn’t mind at all. I did choke up at times while reading this book. I couldn’t find anything to criticize in this book and that was great. I loved the character and the ins and outs of this book and I highly recommend.