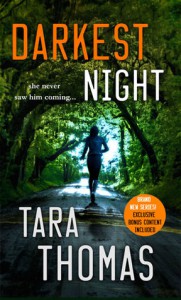 Someone is out to destroy one of the “ pillar” family’s of Charleston. A family not used to being challenged in any way. Tilly and her family had been disgraced when her father had been accused of embezzling from the Benedict’s  company- Benedict shipping-  funds he worked for and destroyed their standing in the community and was shunned  as well as their family even though they moved away eight years ago. Tilly and keaton had grown up together had been each other’s first crush as they were always together as they were also neighbors as well as friends and then  Tilly’s first kiss. Then Tilly and her family moved away.  Keaton is now an eligible bachelor.  Tilly had learned to be independant and take care of herself with both parents dead. Tilly is putting herself through college to be a teacher and working at an upscale “ gentlemen's bar “  doing a horrible job as a server. Tilly and her friend Raven get a lot of berating from the twins that dance on stage. Tilly never expects to see Keaton again. Keaton s at the club to celebrate his college graduation and he is expected to take up his place in the family company. Keaton is struggling to accept what is expected of him. Keaton would rather help the less fortunate and would like to set up a charitable division in the company to help those in need. Keaton’s was close to her brothers even though they have differences. After Tilly and keaton decide to start a relationship violence starts to be connected in all aspects of her life. The first death was Tilly’s friend Raven from work. Than two dancers from the club. The Gentleman has been involved with all kinds of crime including human trafficking. The Gentleman had raised/ brainwashed Jade and she was his henchman/victim. There was also a family friend staying with the Benedicts for the summer and she is determined to marry Keaton and is not above using blackmail.  The Gentleman lets Tilly and Keaton know he is coming.

I enjoyed this book. It was a fun read although it had a lot of violence. I advise you to read the prequel novellas first so you understand all you need to know going into the series. I felt this was a good mystery. I didn’t want to put this down as I wanted to see what happened next It was fairly easy to figure out who the killer was. There was instalust involved. But I did think there were too many characters, too fast and that took away from the book.  I liked the plot and the pace. This book had: betrayal, suspense, murder, romance, deep secrets, revenge, jealousy, danger, and so much more. I liked the characters a lot and loved the many twists and turns of this book and I recommend.