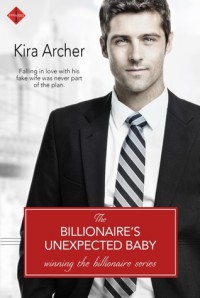 Brooks best friend and partner was Cole. He had other best friends- Chris and Harrison. Cole was now had married to Kirsten and they had a baby girl named Piper that was Brooks’s goddaughter. Then Brooks sees a woman next to Kirsten and asked who it was and Cole told him to leave her alone. Her name was Leah and she was Kirsten’s oldest friend and Godmother to Piper. Leah for once in her life decided not to be a good girl and had a one night stand and ended up pregnant even though the had used condoms. She was now over twelve weeks pregnant and just starting to show. Leah had only facebook to try to contact her unborn  baby’s father and had sent messages to him several time- his name was Marcus. She had said she would be ok doing things on her own she had just wanted to let Marcus know of  his  unborn child's existence. Even though Leah was there to help with her godchild it was a vacation for her. When it was over she would start her new job at a private Catholic school for girls. Also she had to prepare to be a single parent. Brooks usually steered clear of  good girls as there was just too many complications. Brooks had a strict policy of  getting involved with women that were as commitment-phobic as he was. Brooks didn’t know what it was about Leah but she intrigued him. But that scared the dickens out of him. When Leah was putting boxes into hre place on campus Brooks showed up and told her that she shouldn’t be lifting with being pregnant and the Mother Superior was there and told Leah   under the circumstances she couldn’t work there. Then Brooks said they were getting married and he would find a place for them to move   off campus and he traveled a lot so he wouldn't be around a lot.  The Mother Superior said they had to be married and leah had to have a marriage certificate on file by the first day that school started. So Leah moves to Brooks condo in the city. Brooks and leah have sex on their wedding night early in the morning Leah waked up and she was bleeding Brooks immediately took care of  Leah and got her in the hospital. But leah is alright she just has to be careful for awhile. Brooks doesn’t want leah to really do anything and completely takes care of  her.   Then it turns out Leah’s baby’s daddy was a creep that Brooks,Cole , Harrison, and Chris had all went to college with and he had ascrewed Brooks over and took an app they had been working on and used it knowing Brooks didn’t have the money to legally fight him as Marcus came from a family with money and Brooks didn’t. Marcus had to always one up Brooks.  Leah isn’t really comfortable in Brooks condo and can’t imagine raising a child there or even in the city. Brooks gets a hold of  marcus for Leah and he shows up at the condo one night and it was obvious neither man liked the other.

I loved this story. I loved Brooks and Leah together. I also loved how protective, tender, and caring  Brooks was to Leah. I also loved how stubborn and independent Leah was. This was a sweet fun romantic read and I thoroughly enjoyed this book. I loved the plot and the pace of  this book. I didn’t particularly like Marcus to much until the end then he and Brooks straightened things out between them. I felt bad when Brooks hurt Leah thinking it was best for her and the baby that he already loved. I loved the relationship between Brooks and Cole, Harrison, and Chris.  I couldn’t find anything to criticize and that was great. I loved the characters and the ins and outs of  this book and I highly recommend.