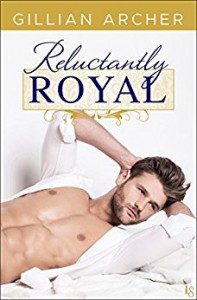 Lucian/Luc has been summoned by his brother to dinner. His brother is the Sovereign Prince of Monaco and his name is Bastien. Luc was the spare prince. Then to have to meet in the York room ,ade Luc’s blood run cold and he doubted it was for anything good. Luc didn’t like his brother treating him so formally. Luc had a identical twin Julian until a year ago and he had been half of Luc’s soul. But the plane Julian had been on went down over the Atlantic Ocean. Luc had taken his cushy life on the Continent for granted. Bartien said he felt it was time they gave the people a reason to celebrate and next week he would be announcing his engagement to Princess Helene and the wedding would be in the spring. Princess helene was the third in line to the belgian throne. Bastien added he hoped his wedding would bring their people hope. Then Bastien also said it was time Luc started considering his future as well, then Luc said he was not sacrificing every shrewd of himself and his dignity to marry a stranger on Bastien’s say so. Luc added he was not going to be a miserable mess like their mother or a lecherous butt like their father had been as he too had died. Luc was not participating in a dynastic marriage. Bastien said the real reason ne had called Luc to the palace was to ask Luc to take Bastien’s place in the Global Gaming Expo at the end of the month as Bastien would be busy with press conferences and negotiating wedding plans with Belgium. Then Luc was surprise dto find himself in Las Vegas for the Expo. Hannah was a cosmetologist. Luc met Hannah at a karaoke bar and kept his identity secret. Luc wanted to have some fun without being noticed or used for who he was. Hannah had no idea who luc was but there was a definite attraction on both sides when they met. Hannah was the type of person to do as she wanted, when she wanted , and with whoever she wanted.

I really enjoyed this book. It was a quick easy sweet romance. I liked that Hannah realistic and Luc had to convince her to give them a chance. I loved Luc and Hannah together. This did drag for me at times but I did like the plot. The relationship did go a little too quick for me. I liked how Luc nor Hannah gave up on each other. But some things just seemed to resolve too easily. I liked there was some drama in this book. I loved the characters and the ins and outs of this book and I recommend.