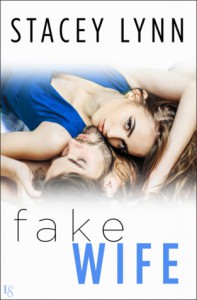 Drake was Teagan’s boyfriend and had been working fifteen hour shifts as he was a resident at Portland General. Drake was the first long term boyfriend Teagan had and they had met her Jr year of college and had now been together for seven years. Teagan had followed Drake all over the country- she had dropped out of college her Jr yr- while he completed medical school and now his internal medicine residency. Teagan had thought they would be married by now. Teagan wanted a husband, family, and a equine therapy farm for special needs children. Teagan began to doubt Drake still loved her, it had been months since they had been intimate. Teagan now worked at a library. But Teagan went to work and found out funding had been cut and she no longer had a job. Teagan goes home early and finds Drake having sex in their bedroom with another woman. Teagan had probably suspected it but had been too naive to name it for at least six months. Corbin’s grandmother had just died and she was the only woman he had loved in his life for as long as he can remember. Corbin had parents but they were either depressed, drunk, or buttholes. His grandmother had left him her mansion and land but he must be married within six months and be married for at least two years. Corbin thought Lane men aren’t built for faithfulness or families. Teagan had rear ended Corbin in his Mercedes Instead of yelling at her Teagan Corbin took her to a high end restaurant and teagan’s honesty and bluntness was refreshing to Corbin after the women he had known all his life. Then Teagan agrees to Corbins plan for her to be his fake wife and then they headed out to his grandmother’s mansion to have some time to get to know each other. What Corbin doesn’t know is he is the man who starred in Teagan’s sexual fantasies. But Teagan can’t act on them or let Corbin know. It was to be strictly a business arrangement Nothing in Teagan’s life would be real for the next two years and she had to remember that. Trey is Corbin’s best friend and he doesn’t really want to lie to him but one little slip and Corbin could lose his grandmother's home. But there is a strong attraction between Corbin and Teagan. I loved this book. I am not sure I believe in love at first sight but this book made me want to. This was a well written great romance. I love Teagan and Corbin together I love how Caitlyn accepted Tegan and quickly became her friend and how she defended Teagan against Corbin when his father had stopped at the house when Corbin was at work. I also loved how Corbin is a man who has everything he could want supposedly but he needed Teagan. I couldn’t find anything to complain about in this book which is great. I loved the characters and the ins and outs of this book and I highly recommend.