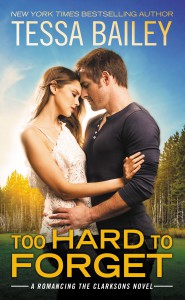 Belmont had just driven into Ohio and Peggy- his sister-felt like she was going to throw up. The third person with the siblings was Sage who was Peggy’s best friend. In two weeks Peggy had lost two siblings. -Rita and Aaron. She was on the way to losing Belmont. Peggy was going to Cincinnati to complete a mission of revenge she had decided to do.Peggy had been engaged four times. And wore the rings around her neck as a symbol of her shame. Soon Peggy would be on the campus where Elliott Brooks - who was a coach- who had ruined Peggy for all others. Rebounds hadn’t worked for Peggy so she was returning the favor. Peggy was going to make Elliot’s life  hell. It was Peggy’s last chance to move on. Elliot was head coach of the Bearcats and had the coach of the year award two times. Elliot had broken Peggy’s heart. Elliot came from a very religious background. Elliot had lost his wife but it wasn’t a loving marriage but Elliot still felt guilty for the way he felt about Peggy. Elliot pushed Peggy out of his life but three years later Peggy was back and since seeing Elliot was starting to get the closure from Elliot bu then he seems to change his mind and realizes how much he had hurt Peggy.

I enjoyed this book a lot. I loved how Peggy was a determined to get revenge and I hated how she felt she wasn’t good enough. But this did pull me in right from the beginning and kept my interest until the end. This choked me up at times. This book was busy at times and sometimes it was hard to keep track of everything. I recommend reading the first book in the series before this one. There was definitely a very hot chemistry between Elliot and Peggy. This was like a roller coaster at times. This was very well written. This also had a very good plot. I loved the characters and the ins and outs of this book and I recommend.