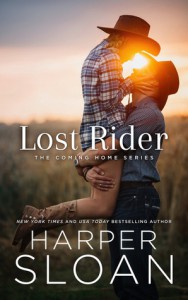 It had been eleven days since the doctor had told Maverick/Mav his career was over. Eleven days of drinking himself into a stupor. Mav had become the thing he had swore he would never be , become the man that raised him. Mav had everything he ever wanted in the palm of his hand. Riding was all Mav had ever needed and now it was gone. Ten years of living his dreams and then it was gone. Bull riding is one of the two things in Mav’s life that bring him peace. Mav still had a fearless streak. For almost ten years Maverick had been the biggest name in professional bull riding. He had always been able to conquer the bulls until Lucifer. Then the doctor said Mav had too many head injuries. One more and he would be taken out of the arena in a body bag. So Maverick was heading home and his older brother Clay was calling again to see when he would get there. Quinn was Mav’s sister. Their father had died and they wanted Mav at the church. Mav had a rough childhood.  But their father hadn’t wanted Maverick around ten years ago. Just being home made Mav feel trapped all over again. There was one thing Mav had wanted more than riding but he had run away from it to chase his dreams  and lived with the regret  since. No matter what he had done or accomplished it still hadn’t made his father proud of Mav. Then Mav thought of Leighton/Leigh. Mav had known Leigh had a crush on him for years. But Leigh didn’t want to leave Pine Oak. Leigh and Quinn were best friends and she sat next to Quinn in church to comfort her. Leigh still loves Mav Leigh was now a baker and owned the Pie Hole.

I enjoyed this book. It was a good hot romance and I loved it.  I liked the plot also. I loved Leigh and Mav together. I felt this was well written. His was a passionate sweet second chance romance story. At times this book dragged for me The chemistry between Leigh and Mav was sizzling. This caught my interest from the beginning and held it until the end. I love how it focused  on the healing of Mav and Leigh. This was a little repetitive at times. I loved the characters and the ins and outs of this book and I recommend.