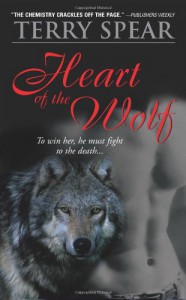 Bella tried to entice a human to mate with her but he ran off for he was young. Duelyn- the werewolf who rescued her when her whole pack of red wolves including her parents died in a fire- had taken her to his pack and she was accepted but the Alpha wolf wanted to mate her - Volan- and he was violent and cruel and Bella wanted nothing to do with him,  who Bella wanted as her lifelong mate was Duelyn. Bella was planning to sneak away from the pack to escape Volan and begged Duelyn to go with ker but he would not leave his pack. So Bella ran from the pack to live alone and hopefully find a human to mate with then she would turn him and start her own pack. But Duelyn did desperately want Bella to be his mate but saw no way that could happen and he still be in his pack. So he stayed alone but yearning for a mate as did Bella. Bella had a cabin she would go to and be able to freely run as a wolf and no one would realize what she was. But then she got caught and was shot with a tranquilizer gun and placed in a zoo.  The zoo put in a big old red wolf to mate with Bella but she scared him off with her refusal to be his mate. But now Bella had to somehow get out because at a certain phase of the moon Bella was forced to be in human form and the zoo attendants would then find a naked woman instead of a red wolf in their wolf enclosure. Bella tried to escape when he forced human form came about but she couldn’t get out and was freezing. Luckily a nightwatchman heard her scream and they found her and got her out of the enclosure. The night watchman was puzzled how a woman and naked at that got into the enclosure.

I didn’t really like this book. I just didn’t connect with the story or the characters. I felt bad for Bella first losing her family and pack then having to flee from  Volan. But that was not enough to make me enjoy this book.This book dragged too much for me and failed to keep my attention unfortunately as I normally love paranormal books especially including wolves which are my favorite wild animals.