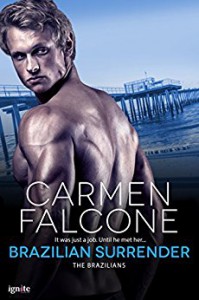 Camilla Dante her freedom and her sense of security for granted as her older brothers were there and protected her. But now she was in America and had lived in NYC for two years. Camilla had a stalker. Camilla was an intern at Hatch Psychiatric Center. Her mother had depression and Camilla wanted to help people with mental illnesses. Today she was to see Jaeger Bauer as his as his Aunt who was Camilla’s hairdresser had set up the appointment for her. Her brother had been very successful in business and Camilla now was from a very rich family. Jaeger wasn’t going to take Camilla’s case and was going to pass her to one of his associates but he was the beat and she wanted to be his client. When their fingers touched as she handed him the envelope with the stalkers messages a shock went up Jaegers arm. Then Jaeger heard himself say he would take her case. Jaeger had been on NYPD but then his wife Ellen  and three year old son Trevor was murdered while he was at work five years ago. Jaeger said someone had wanted her to leave the country and they had to learn why. Camilla had also responded to Jaeger. The next day Jaeger had went to Camilla’s apartment and found out that the stalker had poisoned her dog Torto then Jaeger took her to his home where she would be safe. Jaeger found he was sexually aroused by Camilla and he had never thought about his client sexually before her and he had to end it before she got hurt. Camilla  Camilla was a bridesmaid in her brother Emanuels  wedding and it required her being there for three days. Then Jaeger said her would go with her.

I liked this book alot. It was an easy, enjoyable read with intrigue, mystery, unwanted attraction,  passion, love, murder, and so much more. I loved Camilla and Jaeger together. I loved how she freed him from his tortured past. I also loved how Camilla wanted to work with people who suffered from mental illness like her mother. I hadn’t actually figured out who the killer was until he was with Camilla  I did love the ending it just fit so well and the got their H E A. I couldn't find anything to complain about and that is always great. I loved the characters and the ins and outs of this book and I highly recommend.