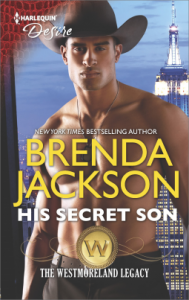 Laramie -Coop- Cooper was a Navy Seal . He had requested to cancel his holiday leave but his CO had denied it. Coop had been thought dead as he had been held prisoner for eleven months in a guerilla hell hole in Syria. His captors did everything they could to make Coop think every day was his last. The one thing that had kept Coop sane was the face of the woman he had met just weeks before the mission that had went so wrong- Bristol Locket. It had been a three day holiday affair. Bristol was an artist from NY who had been going to school in France. Bristol always felt a sense of accomplishment when she saw one of her paintings on display. Bristol had left France after graduation and came back to NYC. Bristol had met her manager -Margie- and she had said Bristol would be able to stop work soon and just paint. Eight months later Margie had sold one of Bristol's painting and that was the start.  Bristol had a two year old son -Laramie- by Coop she had tried to get a hold of him but then was told he was dead. Bristol was having her first show and Coop had been sent to NYC on a short assignment and Coop had seen the name Bristol at an art gallery and his bristol had been an artist from NYC so so Coop went in he was leaving but then he heard her laugh and he had remembered that after all this time. When Bristol turned and saw it was Coop she fainted but Coop caught her. Margie told the manager of the gallery that was Bristol’s husband. Coop talked to Bristol and learned of his son and wanted to see him immediately even though the boy would be asleep. Bristol remembered her father’s rush to meet her once he found out she had existed. The babysitter told Coop she knew who he was as his son looked just like him.

I loved this book. It had just enough of everything: passion, heartbreak, romance, drama, a man determined to have his family, captivity, and a whole lot more. I loved that Coop never questioned Bristol about his son and wanted to be with him and Bristol no matter what. I loved how the flashback showed Bristol and Coop meeting and told of their affair. I loved how Bristol tried to do the right thing and get a hold of Coop just to let him know. I loved that this wasn’t just a lust thing. I loved Coop and Bristol together then adding Laramie is just great. I loved the plot and the pace was great. I loved the characters and everything about this book and I highly recommend.