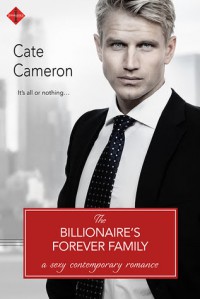 Cassidy was making a sandwich when she saw the men in the doorway and she knew she had made a mistake. But Cassady had learned from her sister Penny the power of self delusion and talked to Mr’ Emerson who she had just made the sandwich for. Then one of the gentlemen came up to Cassady and he said he represented William-Will- Connelly and he believed  she knew why they were there. The man introduced himself as Trevor and asked when he could expect Cassady’s call and handed her a card when his name and cell number on it. Cassady had sent an email to Will that her thirteen year old  niece Emily may ne his daughter it had taken Will awhile but all he did was send this cold lawyer. Cassady didn’t want Trevor looking at  Emily- her niece- with that cold stare. Cassady was all Emily had left in this world. Cassady had to tell Emily what had happened and the lawyer showing up. Cassady had used her own DNA for the cheek swab once she had talked to Emily but Trevor had taken a straw Emily had been chewing on. Emily was will’s daughter and he showed up at the diner very angry but then Cassady acted just as angry that he had sent a cold lawyer instead of showing up himself in the first place. Trevor had been Will’s good friend long before he had became his lawyer. Will thought maybe he had come across to harsh to Cassady. Cassady had left to pick Emily up at school before she found out through gossip that Will was her father and there in town. Trevor pointed out to Will that Cassady was more mother to Emily then aunt. Cassady admitted to Will the roof was leaking at her and Emily’s home and agreed to let him fix it so his daughter would be living in a dry home. But then the roofers found mold in the attic and it could take several weeks to clear it all out. Cassady agreed to stay with Emily at Will’s rental house until their house was cleared of the mold. Also the diners roof was leaking and the landlord had already told Cassady he wasn’t putting any more money in the building. The landlord wanted to find someone who would pay more rent for the building or raise the rent on Cassady and she just didn't have the money to pay more rent. Will had been seeing Victoria but it was more a convenience thing then true feelings . Victoria wasn’t one he could go to with his failures or worries. But Will knew he had to end it with Victoria and when he went to the city again about work that is what he did. That was the right thing to do but Will didn’t want to think about why that was the right thing to do.

I loved this book. I loved how Emily was so open to meeting her father and getting to know him but still loved her aunt deeply no matter how much Will could give her or provide her with. I loved how everything was about Emily with Cassady. I also loved how Will was so good with Emily after the big surprise of her existence and learning as he went along. This was a short enjoyable fun read. I loved the romance in the book also but that wasn’t all the book was about. I also loved how neither Will or Emily were willing to let Cassady go no matter they had to do. I loved everything about this book. I could find nothing to complain about and that was great. I loved the characters and the ins and outs of this book and I highly recommend it.