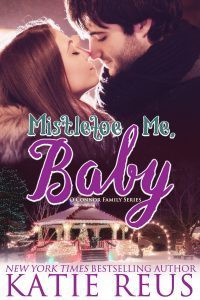 Nolan knocked on the open door to Miranda’s office. Miranda always left her door open so everyone would know they could talk to her at any time. Miranda was on the phone and after a great smile Nolan took the chance to drink in the sight of Miranda. Even while talking on the phone Miranda smiled that was normal for her. Nolan wanted to kiss Miranda and claim her but that wasn’t happening any time soon. Miranda had made it clear ten months ago when they had met she wasn’t looking for a relationship as Miranda had just taken in her eleven year old nephew Mateo when her sister Gloria  dropped him off and bolted. Recently Gloria had went into rehab for drug addiction. Every chance he got Nolan studied Miranda- watching her, being around her. Miranda was Nolan’s personal addiction which Nolan didn’t plan on giving up. Miranda had Nolan all twisted up in knots. Nolan was a building contractor. Miranda was attracted to Nolan and thought he was hot but Miranda had not let Nolan know how she felt. Miranda loved cooking for Nolan. Nolan seened to be able to fix anything and was always willing to help Miranda out when she needed it. Then Miranda parents decide to make a Christmas visit. Miranda had told her mother she was engaged to get her off her back but then Nolan happily stepped up to be Miranda’s fake fiance. Then Miranda’s sister Gloria overdoses on heroin and Miranda tries to push Nolan away but he is still there for her.

I enjoyed reading this book. I liked the plot as well as the pace. I loved Miranda and Nola together. I loved that Miranda took in her nephew Mateo with no experience. This was a quick fun- for the most part- enjoyable romance.  I would have loved this to be longer. I loved how Nolan was there  for Miranda in any way he could be no matter what. I loved the characters and the ins and outs of this book and I recommend.