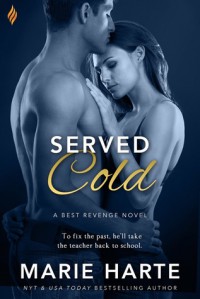 In HS Jack and Ann were always together. But then Jack chose to break up with Ann in the cafeteria in front of everyone to break up with Ann for the class floozie. Ann was devastated. What Jack and Ann didn’t know  others worked together to break Jack and Ann up and making Jack believe Ann had cheated on him.   Around twelve years later Jack moved back to town and was staying. Jack had never got over Ann.Jack wants to get reacquainted  with Ann. Ann and Jack had no contact since he broke up with her. Ann just happens to be Jack’s nephews elementary school teacher. One night as Ann and her three best friends Maya and Riley were having someone they talked about Ann seeing Jack again, get him to fall for her and then dump him. Ann thought revenge would be good.  Ann feels she needs closure and to know what had happened to make Jack dump her and the way he did it. Jack and Ann’s chemistry started right back up when they got together. Jack also knew he wanted Ann back. Ann really tries for revenge but she is really too nice of a person. Also Ann finds she isn’t over Jack. But then Jack finds out the real reason Ann had started seeing him again but also why she had needed him so much before he had dumped her.

I really enjoyed reading this book . I loved the plot and pace. I really liked Jack and Ann together. I liked how Jack wined and dined Ann to try to get her back. I didn’t like how Jack and Ann made it seem what happened back in HS wasn’t really that bad. I really liked how Maya is blackmailed again to date Dex. There was a little too much sex in this for me. I did laugh while reading this. I also loved the twists and turns and the characters and I recommend. I wish I could have rated this 4.5