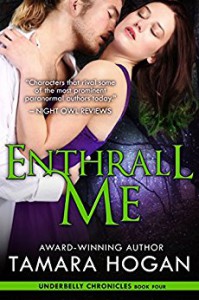 Tiia Quinn looked over Bailey’s shoulder glaring at the computer screen. Bailey said it was what she wasn’t finding that was interesting. Someone was working hard to cover their tracks. The comment someone had posted on “In Like Quinn” - Tia’s humble contribution to independent investigative journalism. The post had alarmed Tia so much she had called her friend an Underworld Council Member Scarlet Fontaine for advice, two hours later Bailey Brown- one of the world’s cyber security experts had knocked on Tia’s door. Tia had moved to sleepy Stillwater a couple of months ago. The post stated : Sebastiani Labs so-called board  directors must be called to account for their illegal acts and for abandoning the Old Ways”. Bailey also read: If you don’t expose them, I will”.  Sebastiani Labs were privately held and  but still had a rabid fan base,  was a  wildly successful business that had its fingers in many pies. The company didn’t trade stocks, didn’t seek contracts, didn’t advertise its wares, its board of directors secretly dubbed as the governing body of Earth’s non- human species. Tia and Bailey decided to call Lucas before deleting the comment. Lukas was an incubus and and subsided on emotional energy he plucked out of the air like people needed food and vampires needed blood. Tia has been grappling with Jack who taught self defense annoyed Wyland who was the second over all the vampires. Jack was  a managing partner of Sebastiani Security, too many women found him appealing. It had been a long time since Wyland had been attracted to a female but he was to Tia. Scarlet;s band             had been famous but she had stopped performing publicly when Stephan had killed  her sister Annika. But Scarlet still had a rabid fan base and the security problems that came with it. There was a piece of “fan mail” that had a tag on it  - a word processed document which invoked the Old Ways against Scarlet;s and Lucas “unborn- half breed abomination”. The safety of their people depended on Wyland remembering his job. Bailey was a human and how to try to explain the Old Ways of their ancestors   of euthanizing newborns who exhibited  severe physical abnormalities. Being marooned on a inhospital planet with no chance of rescue , with little medicine and even fewer options, their ancestors had made unspeakably painful decisions for the good of the pride Bailey knew that their ancestors had crashed in northern Minnesota several millennia ago, marooning the passengers and forcing the surviving incubi, succubi, vampires, valkyrie, were- shifters, sirens, and faeries to fight for survival  in the dead of winter. The Old Ways used wringing necks and smothering the preferred method of dispatch but rarely did one's  own family do the grisly task.  Valerian/Val was the world's oldest living vampire. Bailey said she couldn’t really help with the archives and Tia offered to help. Wyland tried to turn her down but Val said it was an excellent idea.  Tia and Wyland become lovers.