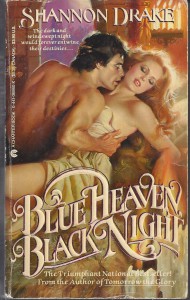 Elise is the illegitimate daughter of King Henry II. Sir Bryan Stede is known as the Black Knight, an honorable knight who has served his king. When the king suddenly passes away, Elise’s life takes a massive change, one that finds her in the path of the Black Knight.

I had a problem getting through this book. It just didn’t work for me right from the beginning. I didn’t like the first interaction between the two main characters and it just continued to turn me away from it from there.