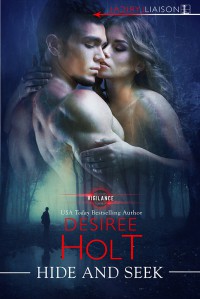 Devon had been run off the road and threatened  by two thugs about her father. Then she finds out he is missing and she has no idea where he is. Then a good samaritan comes along to help her and it turns out to be Logan who is a bodyguard in the Vigilance Security Agency Devon realizes someone is after her. Devon is a strong independant woman. Logan realizes Devon is in danger he is hired to protect her. Logan and Devon have a hot chemistry. Devon and Logan work on finding her father and what happened to him.    Logan and Devon have a hot chemistry but Logan is leery of getting involved with a client as he worries he won’t be able to protect her as well if there is a personal involvement. Devon and her father weren’t very close but it was her father’s choice. He had been pulling away and acting strangely recently. .Devon worries she is a replacement for Logan’s lost love. Logan blames himself for his deceased girlfriend's death. Devon starts getting threatening calls, break ins, and thugs seeking information on her father.

I liked this story a lot. I didn’t want to put this down as I wanted to see what is going to happen next. This book had : danger, mystery, romance, drama, suspense, surprises, humor, action. Threats, hot chemistry, guilt, secrets, and a lot more This story did feel realistic This definitely keeps your interest all the way through this book. At times you are on the edge of your seat. I was glad for the backstory. I felt this had a good plot and pace.  I enjoyed the characters and the ins and outs of this book and I recommend.