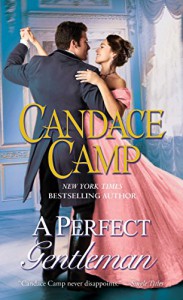 Graeme woke up to his cousin’s dog as well as his cousin James. Then James said there was some juicy gossip to be told his mother had even got up early to come to Graeme’s. Graeme had married Abigail to save his family estate, pay off his fathers debts. Graeme had been willing to do his duty by his family even giving up Laura who was the woman he already loved. But Thursten Price- Abigail's father hadn’t left anything to chance and used blackmail to make sure Abigaila and  Graeme married and Abigail knew nothing about it. Thursten had poorly treated Abigail most her life.  Abigail thought she had married a kind thoughtful gentleman but on the wedding night he made it clear he would only be Abigail's husband in name only that she had brought herself a title and husband in name only and walked away from her. The next morning Graeme had regretted how he had treated Abigail when he went to her hotel he found out she had checked out that morning to return to N Y. Then James told Graeme that Abigail was now back in London. Resentment and anger long buried stirred in Graeme. No one seemed to know why Abigail had returned. She had been quite successful in society in N Y. Abigail is now twenty eight - it had been ten years since she left to return to the states- and wants to have a child. If Graeme doesn’t want to father said baby she wants a divorce and she will marry someone else who is willing to make her a mother. Graeme’s grandmother wants him to come to London and deal with his wife, take her to his home. Graeme and James leave to return to London together . Graeme finds out on his return to London  he finds out his wife Abigail- who has grown into a beautiful woman- is sought after by many men. Then Graeme and ABigail see each other at a ball later they meet and Abigail tells Graeme why she returned. It had been a slight scandal when Abigail had left for the states the day after she was married and Graeme didn't want any more scandal of a divorce  he was the Earl now. Graeme agreed to live with Abigail as husband and wife l until she got pregnant and she had agreed to raise the child in England. Abigail had begun to get secret letters that have clues to Graeme’s father and his debt. As time goes on Abigail and Graeme and really get to know each other.

I enjoyed this book , I liked the pace of this. As well as the plot. I loved how Abigail had the strength to face Graeme and let him know her hearts desire. I liked there was some mystery in this story. At first I didn’t like Graeme at all he never gave Abigail a chance  to tell her side of marrying Graeme .Instead he just believed she was as bad as her father. But he did grow on me after Abigail had returned to London. I love how it took time for Graeme and Abigail to grow feelings for each other. I loved the characters and the ins and outs of this book and I recommend.