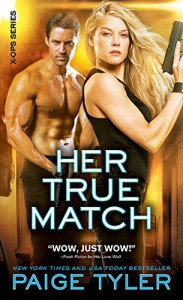 Dreyas  fingers could turn into long curved claws. She also got fangs and glowing green eyes and yowls slip out of her lips. Her hands, claws, arms, and shoulders worked in perfect harmony.Dreya had been stealing stuff since she was eighteen- right after figuring out being a freak would be considered a gift to some people. .  Dreya was climbing up an outside wall of a building. It had been two months since she had climbed more than a flight of stairs much less broken into a building and stolen anything. That had to be a record - Rory her mentor and best friend had died. She had almost died also. Rory was the man who taught her to accept her claws and fangs, how to make jewelry and how to steal it Rory had reluctantly taught her what she needed to know to be a good thief. . Rory had been murdered trying to protect Dreya, all because she had been stupid to steal from the rich ex senator Thomas Thorn. Dreya had stolen a big diamond and that strange black box from Thorn and that had changed her whole world. After torturing and killing Rory, Thomas had his goons track Dreya to her safe house where she had been hiding until she hoped things cooled off. Then a big bull of a man showed up at the last minute to save her life, then a woman showed up that Dreya instinctively trusted she’ d given the woman the diamond and the strange black box then Dreya took the woman's advice and got out of town. Dreya went to Canada where she had fake identification papers and cash. The woman had told Dreya she would find a way to divert Thorns attention away from Dreya. Dreya had thought about walking away from the business but she couldn’t completely. The crazy freaky animal inside of her seemed to need the thrill of the job to stay sane. Dreya had tried running and working out to keep the feelings at bay but that hadn’t worked.    So now Dreya was back and  on a new theft there was a cable that ran one hundred and twenty feet above the ground near the two complexes one where she was at and where she wanted to go. She would be able to bypass nearly all the building security systems as well as the guards who roamed the lower floors. Bradan was a cop as was Mick and worked robbery and watched Dreya making her way to the next job. Braden was determined to catch Dreya and have evidence as he had been trying to catch her for a long time. Braden had been working robbery for eight years. The things Dreya did shouldn’t have been Braden thought finally he caught Dreya and had it on camera   Dreya with the stolen goods. . But then came in the DOC-Department Of Covert Operations and snatched Dreya up  and Braden followed them as he felt something wasn’t right. The agents of DOC offer Dreya an opportunity to work for then instead of going to jail. Braden finds out the DCO wants Dreya for her special abilities. F she stays for five days and doesn’t want the job she can walk away. The job they are training Dreya for is to get into places others can’t During training Dreya realizes she trusts Braden so they partner Dreya with him. The DOC has been investigating the making of hybrids at a mental institution from their nemesis. Three of the DOC agents are already at the institution. Since Braden and Dreya work well together and got called to the mental institution in Maine where the hybrids were being experimented on. There was even a hybrid who had got free and was loose. Braden and Dreya had become friends and Dreya wanted to tell him about her abilities. Dreya and Braden have hot chemistry.  Also Ivy and Landon are trying to bring down the hybrid research centers. They also brought in a coyote shifter  -Trevor. Trevor gets himself committed to the mental hospital where the lab is working on the hybrids.

I liked this book a lot. I liked the plot and the pace I loved the action and there is a lot of it as well as suspense. I like how Braden and Dreya interact with each other both as partners and romantically.  Sometimes it was hard to tell who was good and who was bad.  I hated that this ended in a cliffhanger as far as I am concerned and we all know how I feel about cliffhangers. I also loved the shifter aspect and how it was so different than other paranormal stories. This book is part of a series and I recommend you read them all in order so it will make everything come together. The ending was shocking. But I did loved the characters and the twists and turns and I recommend.