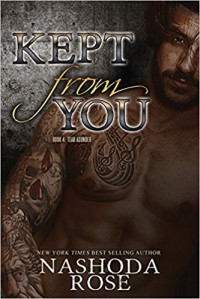 Savannah/Savvy was desperate - six months without a job, reputation ruined, and her savings were dwindling. Savvy’s options were limited so she had the phony permit that Trevor  to get passed security. Savvy was sneaking in to talk to Killian/Kite  who was the drummer of the rock band Tear Asunder. Music made all Savvy’s problems go away: overdue rent, piles of bills, and the fear she had lost the chance at her date. But that is why Savvy was there she wasn’t giving up on dancing. Savvy  had been dancing since she was six.  It was all Savvy had left. It was the one thing that stuck with her after the loss of her dad, her mom, then the four foster homes she had been shuffled around in before sweet Mrs. Everett.Savvy had kinda known Kite and there was the  kiss. Kite had been Savvy’s first kiss and she had been fifteen.  Killian/Kite had kissed Savvy at the cemetery after her mother’s death. Kite was sixteen when he met Savvy and he had never forgot her. Savvy hadn’t seen Kite in eleven years. Savvy had gotten in and seen Kite down the hall but then the security guy figured Savvy wasn’t with the cleaning crew like she had said she was. So the security guy was leading Savvy out when Kite said to let Savvy go. Savvy told Kite she needed a recommendation from him to a friend of his Brett Westhill who had an exclusive  dance club  Compass with go go dancers. The go go dancers were the best paid in the city. She didn’t have experience dancing as a go go girl but she had taught modern dance in a dance studio with her ex.  Savvy’s ex had been caught with a student in their bed. Savvy dumped him and refused to keep teaching so her ex had spread a lot of rumors about her. The rumors ruined Savvy’s reputation. Kite’s father had abused him when he was young and losing his mom and brother really messed Kite up. Savvy found she was still attracted to Kite. Even though Savvy didn’t know it Kite half owned the club the Compass. Kite had missed Savvy. He thought the piece of Savvy he carried inside him had been erased but a girl like Savvy you couldn’t erase. Kite offered Savvy a place to stay and then some money but she refused and left. He wouldn’t give her the recommendation Savvy had wanted  as he didn't want Savvy dancing there. The guys of the band and their better halves were Kite’s  family as far ashe and they were concerned.

I loved this book. I loved the pace and plot and non-stop action. I loved Kite and Savvy together. I also loved how savvy felt like everyone had some good bits and she was so giving.  Liked how Kite tried to stay away from Savvy for her own good and didn’t want to ruin her. I loved how Savvy pushed Kite to fight for them instead of for control. I loved there was no cheating or floozies hanging all over the band members.  There was nothing I didn’t love about this book  which was great.  Even though this was part of a series it did fine as a stand alone book. I loved the relationship between Kite and the band members and their better halves. I loved the characters and the ins and outs of this book and I highly recommend